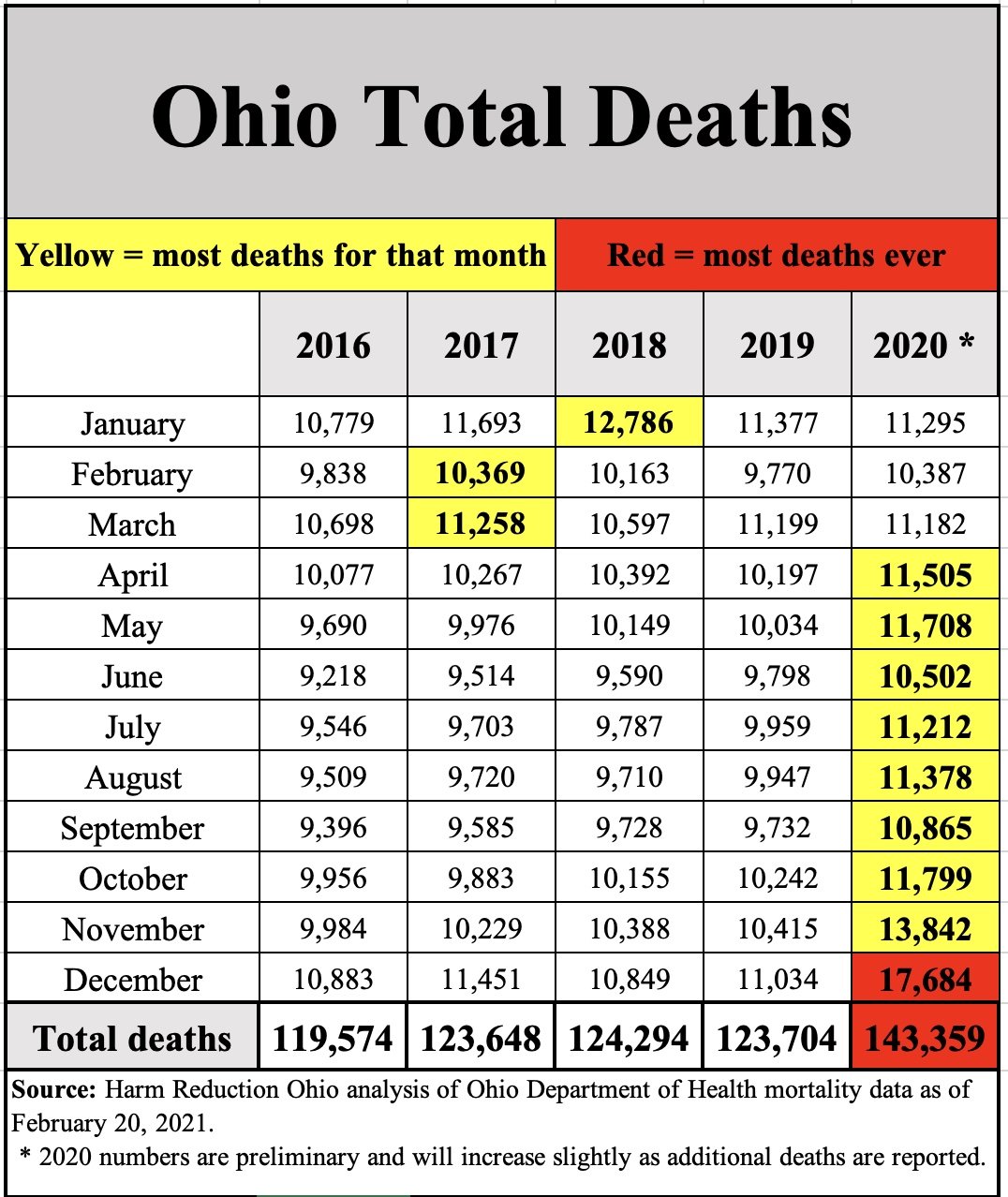 The death toll from COVID-19 is likely to be far worse than currently reported. The Ohio Department of Health mortality data already reports that 143,359 Ohio residents died in 2020. That’s nearly 20,000 more than in any other year, including 2018, the previous record year for deaths.

Most disturbing: The state has recorded 17,684 deaths in December. Never before had Ohio exceeded 14,000 deaths in a single month, much less 17,000. And few dozen more deaths for December are likely to be recorded in the mortality data.

The 13,842 deaths recorded in November was the first time Ohio had ever suffered 13,000 deaths in a single month.

In short, Ohio experienced unprecedented death in 2020, including monthly records for deaths in each of the last nine months of the year.

The state’s official COVID-19 death toll now stands at 14,204. However, the increase in total deaths during 2020 will be about  20,000 for the year. That means COVID-19 likely played a role, directly or indirectly, in more deaths than are now attributed to the virus.

The increase in overdose deaths in 2020 may account for 500 to 1,000 of the 20,000 additional deaths that occurred in 2020. That was offset somewhat by a decline in suicide deaths during 2020. Needless to say, understanding death patterns is complex.

The numbers given here are for deaths from all causes. The state’s mortality data will become more detailed as particulars — causes of death, education levels, etc. — are added for each death as time goes on and before the data is finalized around September 2021.

What we can say now is this: 2020 has been, by far, the deadliest year in Ohio history.