Carfentanil is back, driving overdose deaths higher in Ohio 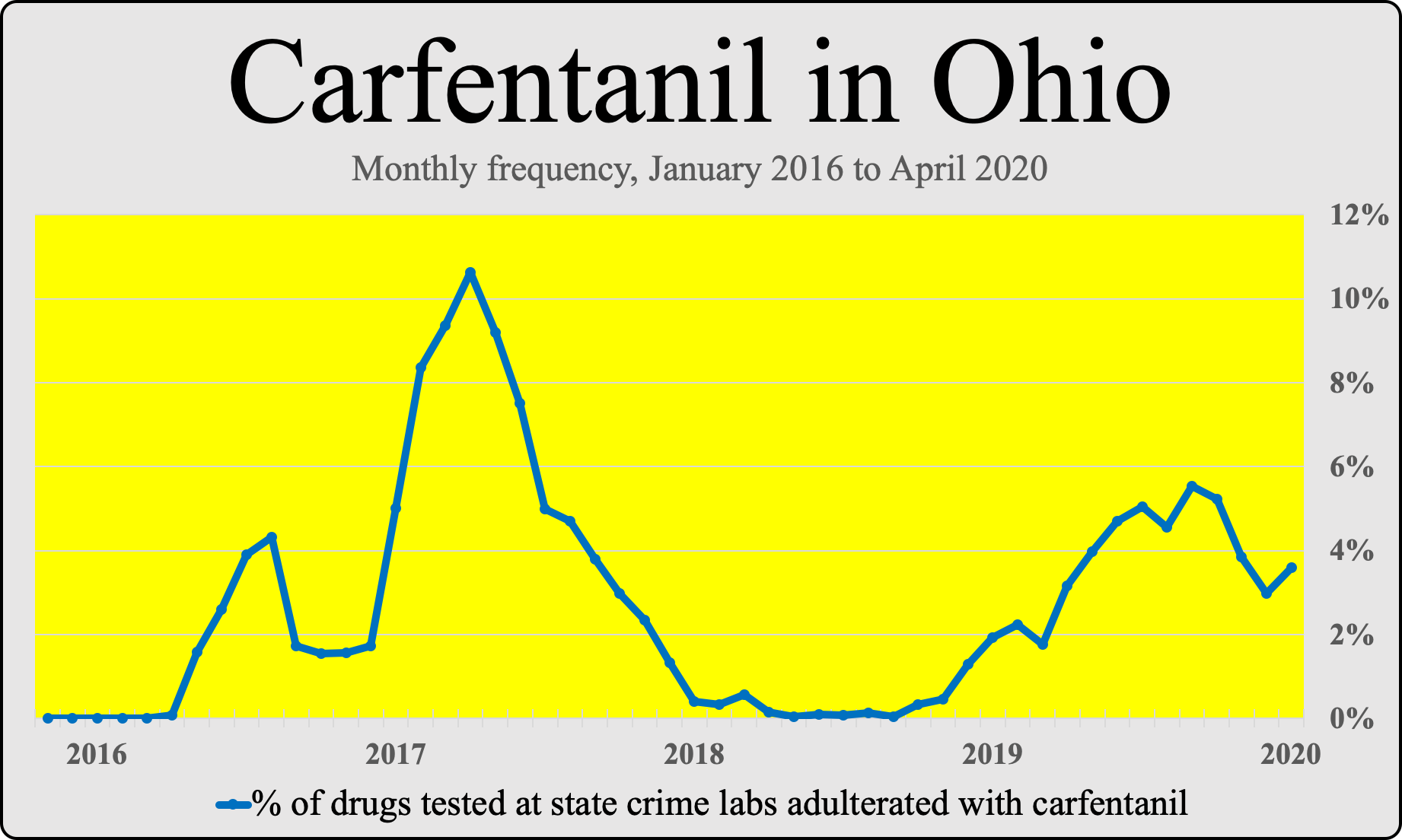 Carfentanil was found in 5.5% — 143 of the 2,585 — of drugs seized by law enforcement in Ohio in November 2019 and tested at the Ohio Bureau of Criminal Investigation crime labs. That’s the most carfentanil found in Ohio’s drug supply since August 2017, near the peak of overdose death in Ohio.

By comparison, only 1 of 2,467 drug seized in November 2018 contained carfentanil. The rarity of carfentanil in 2018 explains why overdoses fell 22% that year.

Carfentanil, a chemical variant of fentanyl, was once used as a large animal tranquilizer but is no longer legal at all in the United States, The drug sedates in tiny doses, much smaller than required for the same effect for fentanyl, the leading sedative and pain reliever in U.S. hospitals. Carfentanil’s effect can be felt with as little as two or three micrograms of the substance, making it impossible for amateur chemists to dilute it properly and safely for use in illegal drug markets.

Overdose deaths are equally tragic, no matter what the cause. However, knowing what’s causing an overdose increase lets us take steps — as a society, as an organization and individually — to prevent these preventable deaths.

For example, drug checking is the only real way to limit an overdose increase driven by more carfentanil in the drug supply. (Sadly, tragically, Ohio does almost no drug checking and outlaws the type of drug checking that would save lives.) However, if the recent overdose increase is related to social isolation, job loss and decreased access to harm reduction services caused by the COVID-19 pandemic, the death surge might be limited by increasing access to medication-assisted treatment, peer support, naloxone and other services.

We’ll have a good sense of what’s behind the current overdose increase in October when more data on overdose death (especially toxicology results) and lab tests from drug seizures are completed and made available.

The drug war, drug prohibition, criminalization and stigma are inflicting a terrible toll right now on the population of beautiful people — some troubled but most not –who use prohibited drugs. Now more than ever, it’s time to give peace a chance. 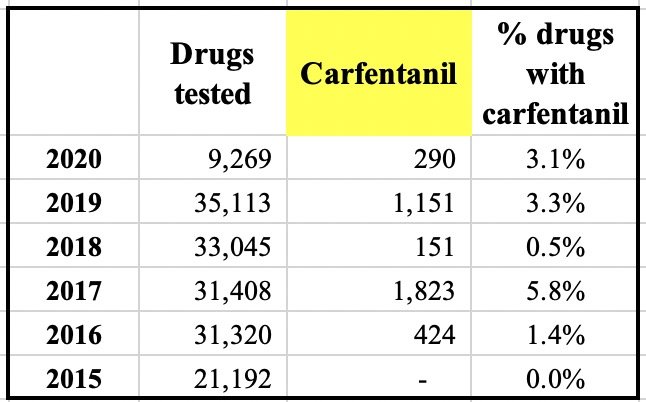