Meth-fentanyl combinations are proving extraordinarily deadly in Ohio. About 80% of all meth deaths involve fentanyl or a fentanyl analog. Essentially, all of the massive increase in meth-related overdose deaths in Ohio can be attributed to fentanyl in the meth supply and being consumed, intentionally or not, by meth consumers.

The state crime lab data, analyzed regularly by Harm Reduction Ohio, show that a growing but relatively small amount of meth is adulterated with fentanyl. Drug seizure data show that 4.2% of seized samples of meth in 2020 also contained fentanyl or an analog. That’s the highest ever but still less than half what’s found in cocaine in Ohio. 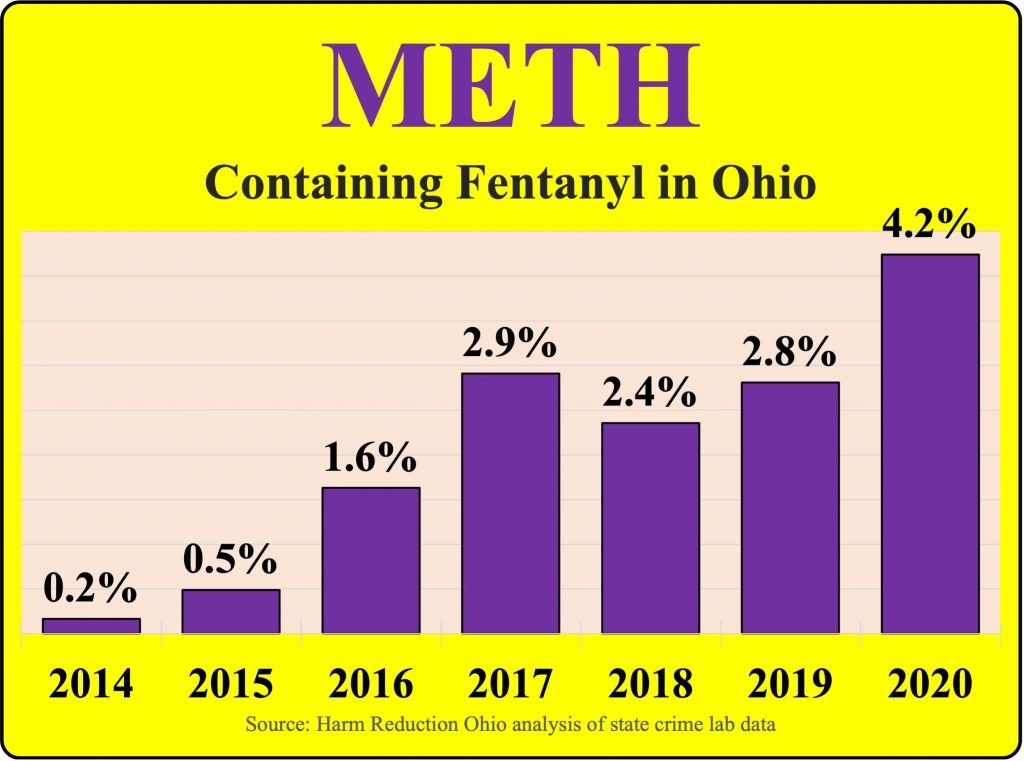 The large increase in meth-fentanyl overdose deaths indicates that a little fentanyl is killing a lot of meth consumers. This is likely related to a lack of opioid tolerance in people who use meth. A small amount of fentanyl, even 50 micrograms, might kill someone without opioid tolerance while the same amount might not satisfy the everyday desires of a regular heroin user.

Also, some meth users may be intentionally combining the two drugs (i.e., speedballs/goofballs). Because fentanyl’s risk of overdose death is 9x greater than that for heroin, this combination is far more dangerous when done with fentanyl than with heroin or an Rx opioid.