Budish serving on board with no valid appointment

Former House Speaker Armond Budish is serving on the state’s OneOhio opioid settlement board with no valid appointment or authority to do so.

“The fact that an elected official thinks he has the right to participate on the OneOhio board without authority shows how OneOhio is being treated like a private club for elected officials,” said Harm Reduction Ohio President Dennis Cauchon. “Based on the same imaginary authority, I hereby appoint myself to the Cuyahoga County Planning Commission.”

Budish, 69, is a former Democratic Speaker of the Ohio House of Representatives and currently the two-term elected Cuyahoga County Executive. He has served as the Region 3 representative on the 29-member OneOhio Recovery Foundation board since its first meeting May 16.

Harm Reduction Ohio has sought documentation of Budish’s appointment since May 24. His office did not respond in May to requests to explain his supposed appointment. Last week, Harm Reduction Ohio filed a public records request with Cuyahoga County and the city of Cleveland seeking records documenting his appointment. It turns out no records exist since he was never appointed.

On Tuesday at 11:28 p.m., foundation attorney Holly Gross sent an email confirming that Budish had not been legally appointed as the Region 3 representative on the OneOhio opioid settlement board. (Under the OneOhio agreement. Region 3 includes all 60 local governments in Cuyahoga County.) The attorney said Budish was participating as an informal, temporary “nonvoting” member. (See full email below.)

Budish appears to have fully participated in board activities, the same as other members with valid appointments.  At the most recent meeting August 10, he participated in an executive session to discuss a lawsuit accusing the board of illegal secrecy and voted in a roll call vote to hire a law firm to defend the board.

Also at the August 10 meeting, Budish spoke to dismiss concerns about the lack of Black members on the OneOhio board. He said there was nothing practical that could be done to increase Black representation because board members were whoever the regions chose. The 29-member board has only one Black member, a gubernatorial appointee; the 19 board members chosen by regional governments are all White.

At the June 23 board meeting, Budish forcefully argued that the board should not hear comments from members of the public, a position the board adopted, prohibiting people harmed by opioids from addressing the opioid settlement board. However, in the minutes to that meeting, the Region 3 board position was listed as “unassigned.”

The OneOhio opioid settlement agreement says that 55% of Ohio’s $1 billion opioid settlement will go into a private, non-profit 501(c)(3) foundation. The rest of the money goes directly to state and local governments.

The 11-page settlement agreement is a joint agreement approved by the state and 2,000 local Ohio governments.  The foundation will be overseen by a 29-member board of directors. The board is composed of:

The regions range in size from one to 11 counties, depending on population. Cuyahoga County is its own region, Region 3. 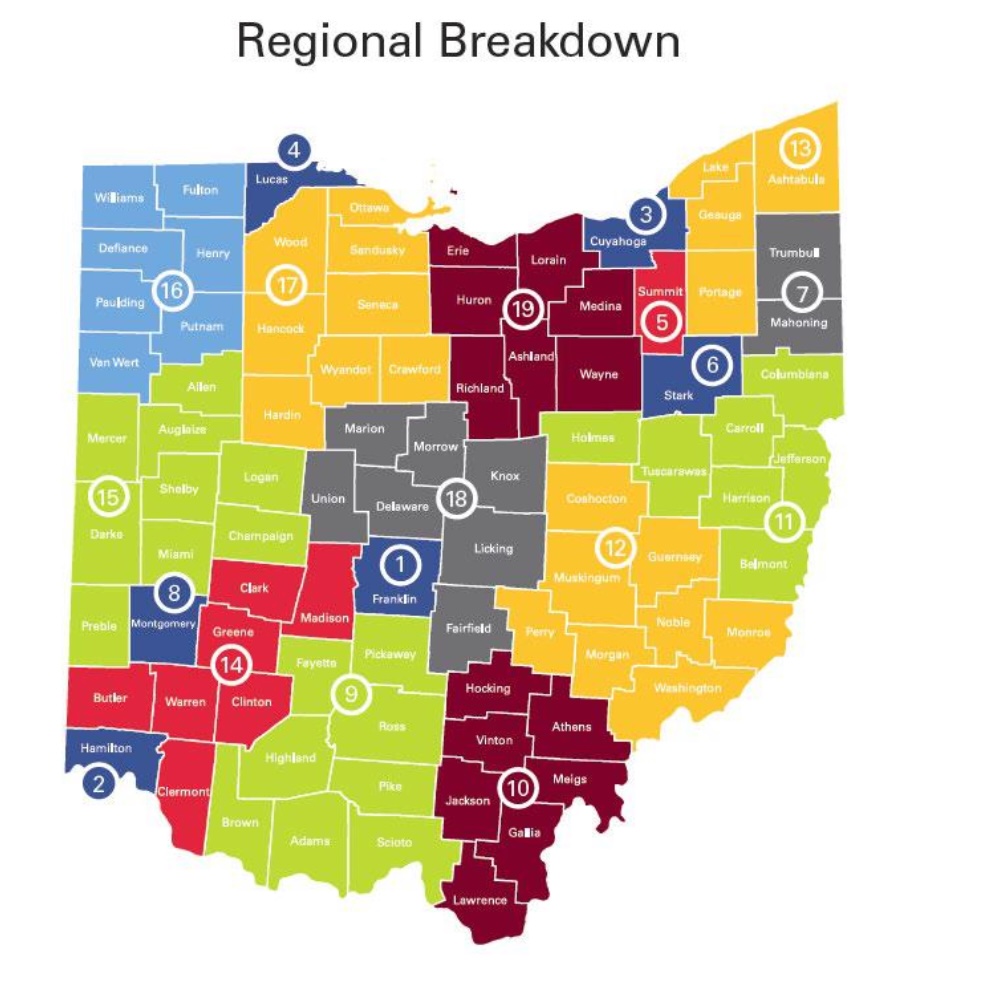 The opioid settlement requires that each region set up a new OneOhio governmental structure that ensures all local governments (cities, villages, townships, counties) have “input and equitable representation.” The language reflects the fact that OneOhio settlement is a joint agreement involving  many local governments and the state of Ohio.

At the foundation’s first meeting on May 16, Budish told a story of how he get his seat at the table. He said he and Cleveland Mayor Justin Bibb met privately to decide who would be on the state board.

We settled our case nicely. Advantage is that we’re one county. The disadvantage is I have 59 localities that I have to deal with. Basically working with Matt Carroll from my office and a few others (we) put together a proposal for a diverse regional council. We ran it by all of them. We got agreement. Mayor Bibb, who’s the mayor of Cleveland, and I met to talk about who should be the proposed representative to this meeting. We flipped a coin and here I am. I won’t tell you if I won or lost. 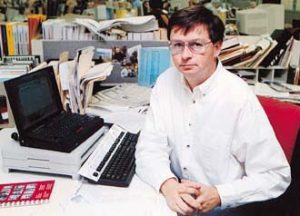 “You shouldn’t consider yourself a board member because you won a coin flip in a private meeting between two people who have no authority to make the appointment anyway,” said Cauchon, Harm Reduction Ohio’s president. “This shows how OneOhio is being treated as a private club for connected people who don’t think they have to follow opioid settlement or the law saying they can’t make decisions in secret.”

“The $1 billion opioid settlement should honor the memory of the 35,000 Ohioans who died from opioids. Instead, the impacted population has been prohibited from having any say in how the money is handled. The settlement  has become a feeding frenzy of politicians who know little about opioids but a lot about using power and connections to grab money.”

How OneOhio appointments are legally made

Each Region shall create their own governance structure so it ensures all Local Governments have input and equitable representation regarding regional decisions including representation on the board.

To further clarify, the trade associations representing municipalities, counties and townships jointly published a 47-page toolkit — The OneOhio Memorandum of Understanding Toolkit for Local Governments — explaining in detail what the settlement agreement requires.

The toolkit explains eight times, in various ways, that only regional boards have the power to appoint people to the state board. Says the toolkit on page 2.

It is imperative that local governments work together within their Region to form a regional structure to: a) appoint a representative to the statewide Foundation Board

It is crucial that each Region establish their governance structure and appoint their Foundation Board member as soon as possible so that their Region may have a voice, and a vote, on the Foundation Board.

Q-15: How do Regions appoint a representative to the statewide Foundation Board?

A-15: The OneOhio MOU does not define how a metropolitan or non-metropolitan Region appoints its representative to the statewide Foundation Board. The OneOhio MOU does require that the regional governance structure be established to ensure that all Local Governments (counties, townships, cities and villages) in the Region have input and equitable representation regarding regional decisions, including representation on the Board. (Emphasis added.)

The OneOhio agreement has no language that allows for appointments, temporary or otherwise, by any body other than a regional board. Budish’s appointment is similar to Harm Reduction Ohio appointing someone to the Cuyahoga County Planning Commission.  The only difference is Budish and the secretive OneOhio foundation think that they can do what they please whether the opioid settlement agreement allows it or not.

Do you wanna know a secret?

OneOhio foundation lawyer Holly Gross says Region 3 will meet Tuesday, August 23, to properly choose a representative on the state board. The time and location of the rushed meeting has yet to be announced publicly.

Harm Reduction Ohio asserts that OneOhio regional board meetings are subject to the Ohio Open Meetings Act and public notice must be given for the time, place and purpose of the meeting. Harm Reduction Ohio has sued the state OneOhio foundation for violating open meetings and public records law. The suit applies only to the state board. The state board claims it is exempt from Ohio’s Sunshine Laws and is required only to tell the public what it thinks the public should know and attend only meetings the foundation thinks the public should be able to attend. (Read Harm Reduction Ohio’s open meetings suit here and the public records suit here.)

Some regional boards have operated in secret. Others acknowledge being governmental boards and have tried, with limited success, to follow open meetings law. It’s unclear whether Cuyahoga County governments will claim the Region 3 board is exempt from public scrutiny.

No Region 3 meeting has been announced on the web sites of Cuyahoga County or the city of Cleveland. A Google search found no public notice, either.

Membership has its privileges 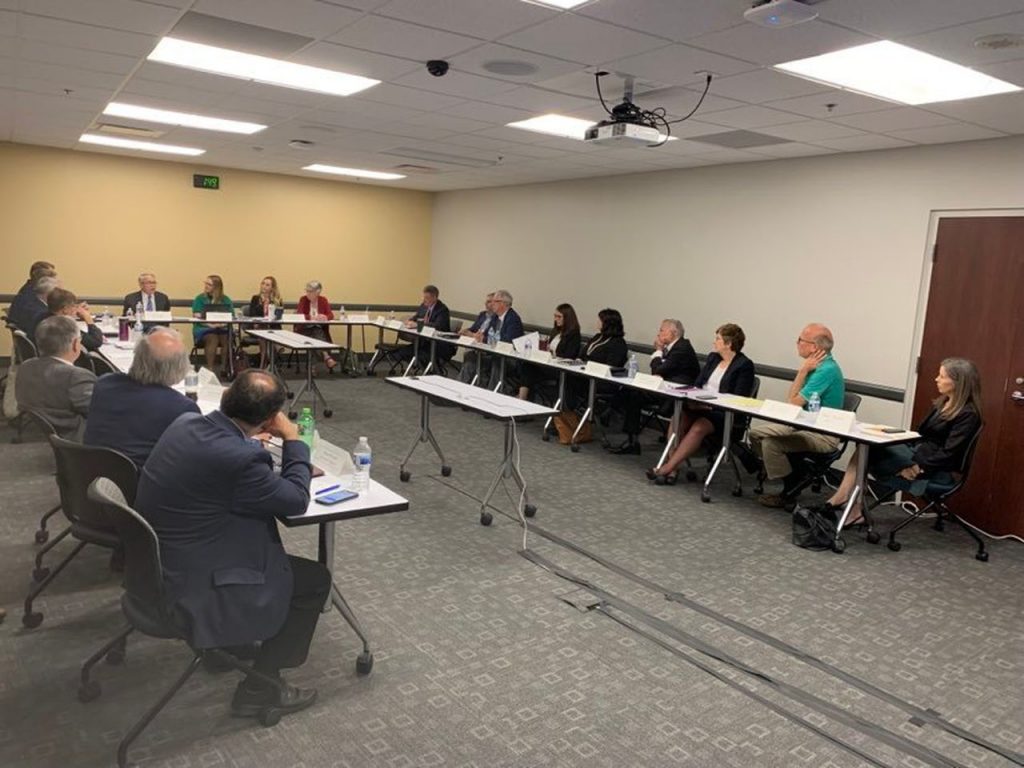 Budish on left, to Gov. Mike DeWine’s right, at the May 16 board meeting. (Public was banned from attending.)

The OneOhio foundation has held four full board meetings. Budish has attended all four — the first meeting in-person in May, then by video link for the next three meetings.

At no time did the foundation identify Budish as a “nonvoting” member. Most board votes were unanimous voice votes, so it is not possible to tell if Budish voted or remained silent.

However, when a roll call vote was held at the August 10 meetings, Budish’s name was called and he voted.

At the first meeting on May 16, he asked: “Is there any kind of directors insurance we can purchase to protect us?” The meeting minutes lists Budish under “The following members attended in person.” He is later described in the minutes of the first meeting as “a temporary appointee until the Region 3 advisory committee is seated and selects a permanent representative.” 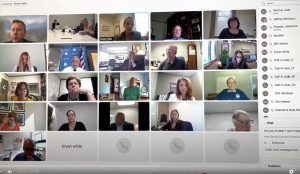 At the July board meeting, conducted entirely by video, Budish was silent at the meeting.

At the August 10 meeting, he joined the roll call vote, joining a faction of regional board members arguing that opioid settlement money should pass through directly to regions with little interference from the state board. At the end of the meeting, he added his belief that there was no practical way to improve lack of Black representation on the OneOhio board.

The OneOhio board does most of its work in secret committees. It could not be determined what role Budish has played in committees because the meetings are conducted in secret. The foundation has declined to reveal what boards exist, who are on the boards, when the boards have met or what the boards have done.

Harm Reduction Ohio has obtained some records by filing public records requests with local government officials. In those records requests, Budish is listed as a regular member and the Region 3 representative. 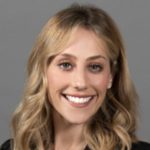 Budish referred questions about the validity of his appointment to the Benesch law firm, which is being paid by the Ohio Attorney General to help with OneOhio foundation legal work. Benesch attorney Holly Gross emailed Harm Reduction Ohio Tuesday:

I am responding to your request for information regarding the appointment of Armond Budish as the Region 3 representative to the OneOhio Recovery Foundation Board.

Cleveland Mayor Bibb and Cuyahoga County Executive Budish decided that Budish would temporarily represent Region 3 on the Foundation Board.  There is no formal appointment letter or resolution because of the temporary nature, and Budish is a nonvoting member. Pursuant to the MOU, the Settlement Agreement in which the MOU was incorporated, as well as the Foundation’s draft code of regulations, there is no requirement to do so formally. That being said, the Foundation, through our internal policies and procedures, is looking to formalize that process. As to the Region 3 permanent representative, the Region 3 Advisory Board meets for the first time on August 23 with this on the agenda.

Other stories on the problems with the OneOhio opioid settlement board:

Racial bias: The Incredible Whiteness of Being OneOhio