Where drug overdose deaths are worst in 2021

Map provided for all overdose deaths 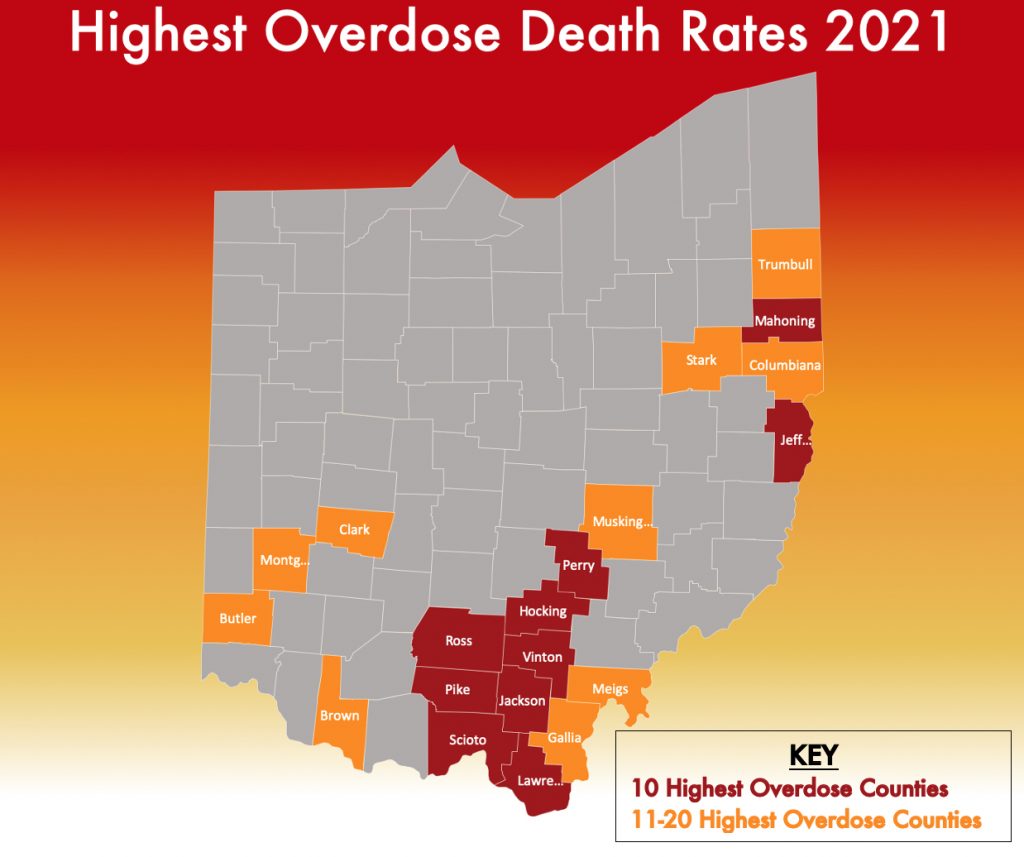 This map shows the worst overdose death rates in Ohio so far in 2021.

Note that Ohio’s three most populous counties — Franklin, Cuyahoga and Hamilton — are not even on the deadliest counties list. In other words, as bad as it is in these urban counties, it’s worse elsewhere, especially in southern Ohio. Lawrence County (Ironton), at Ohio’s southernmost tip, has become the deadliest place in the state for drug overdoses, displacing neighboring Scioto County (Portsmouth) for the No. 1 overdose death rate ranking.

Another overdose pocket that needs more attention is the de-industrializing Youngstown area (Mahoning County) in eastern Ohio. Youngstown is the largest metro area in Ohio without a syringe service program. It’s not a stretch to say you can see the results of this neglect here, in this map, which documents where people who use drugs die at the most horrific rates.

These counties have the highest meth-related overdose death rates in Ohio so far this year. Note: about 80% of meth overdose deaths also involve fentanyl. 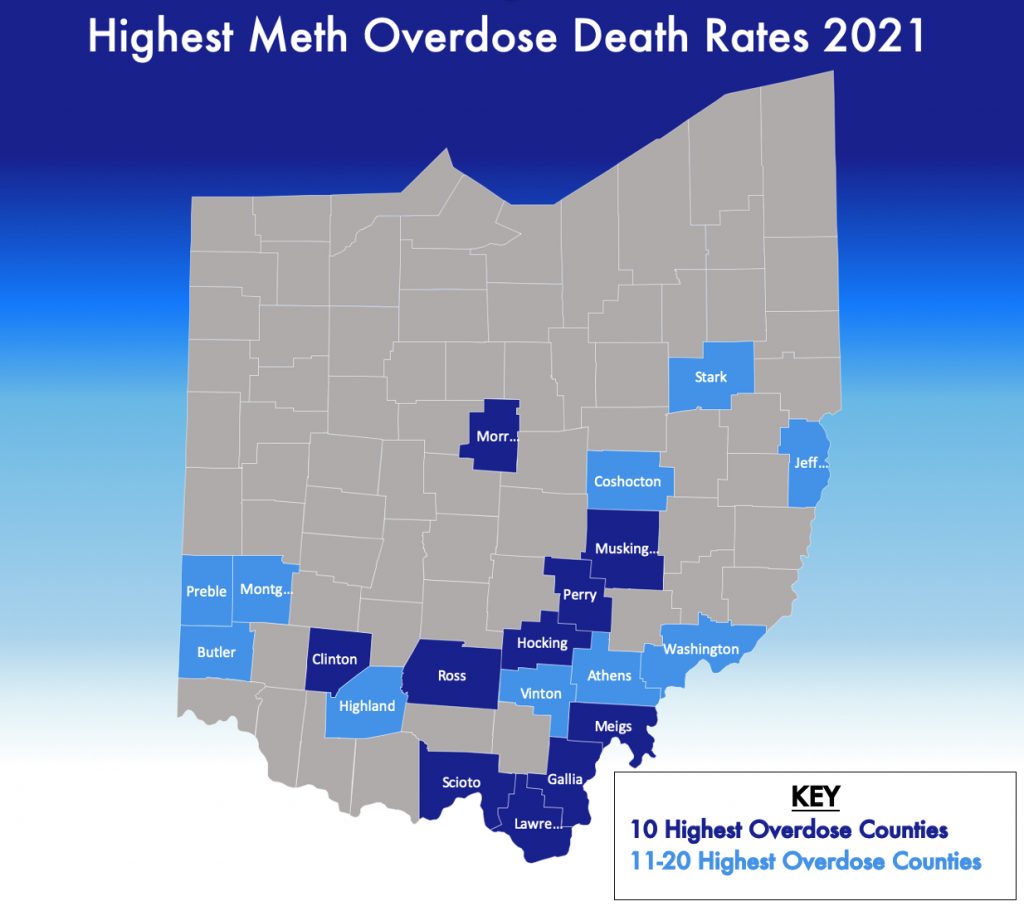