How has overdose death changed in Ohio?

See where your county ranks

You’ll see that the intensive of overdose death has moved to south and east.

Montgomery County (Dayton) was the epicenter of overdose death during the fentanyl-carfentanil wave of 2014-2017. This year, the county ranks 18th in overdose death rate, the lowest it’s been since the current data series began in 2007. 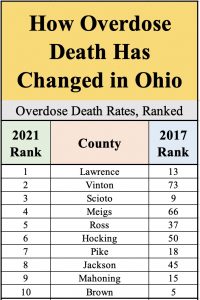 The overdose death peak that occurred in 2017 was driven by the arrival and growth of fentanyl in the heroin into Ohio’s drug supply starting in 2014, then its movement into the cocaine supply. Overdose death was driven to its then-historic peak in the second half of 2016 and the first half of 2017 by ultra-potent carfentanil entering Ohio’s drug supply at a level unmatched anywhere in the United States. (See “Ohio’s carfentanil death rate 21x higher than other states.”

Today, carfentanil is rare in Ohio. What’s driving overdose death today is the expansion of fentanyl adulteration more broadly and deeply into the drug supply, especially into the meth supply. Today, all drugs except cannabis carry fentanyl risk. This change has intensified overdose death in predominantly Black urban neighborhoods and in almost entirely White rural counties, especially in south and east Ohio. (See “The Deadly History of Fentanyl in Ohio, 2010 – 2021.”)

The Covid-19 pandemic largely closed our country’s southern border, making the relatively safe and bulky drugs of heroin, cocaine and meth scarcer. Fentanyl become more common because it’s tiny, compact and easy-to-smuggle, by car, truck, air or mail. The share of Ohio drugs containing fentanyl reached a historic level in 2020 and remains high in 2021. As always, accidental overdose death rates are driven by adulteration, which is driven by the drug war (not drug use levels). 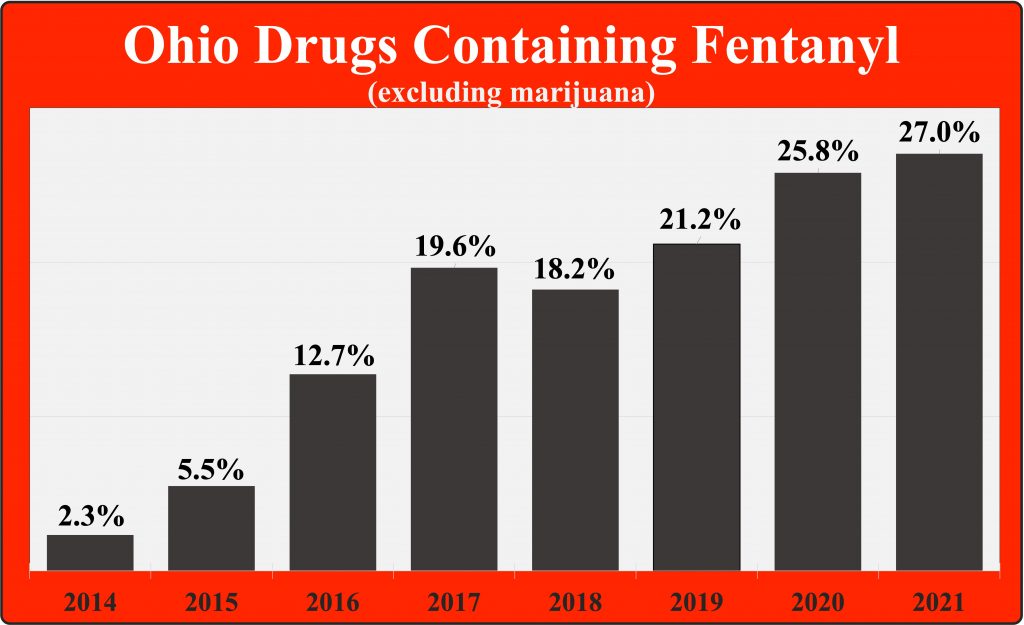 What can be done to reduce overdose?

As long as the drug war continues, we will have high overdose death levels. The drug war is a catastrophic policy error.

But it can be mitigated somewhat by: 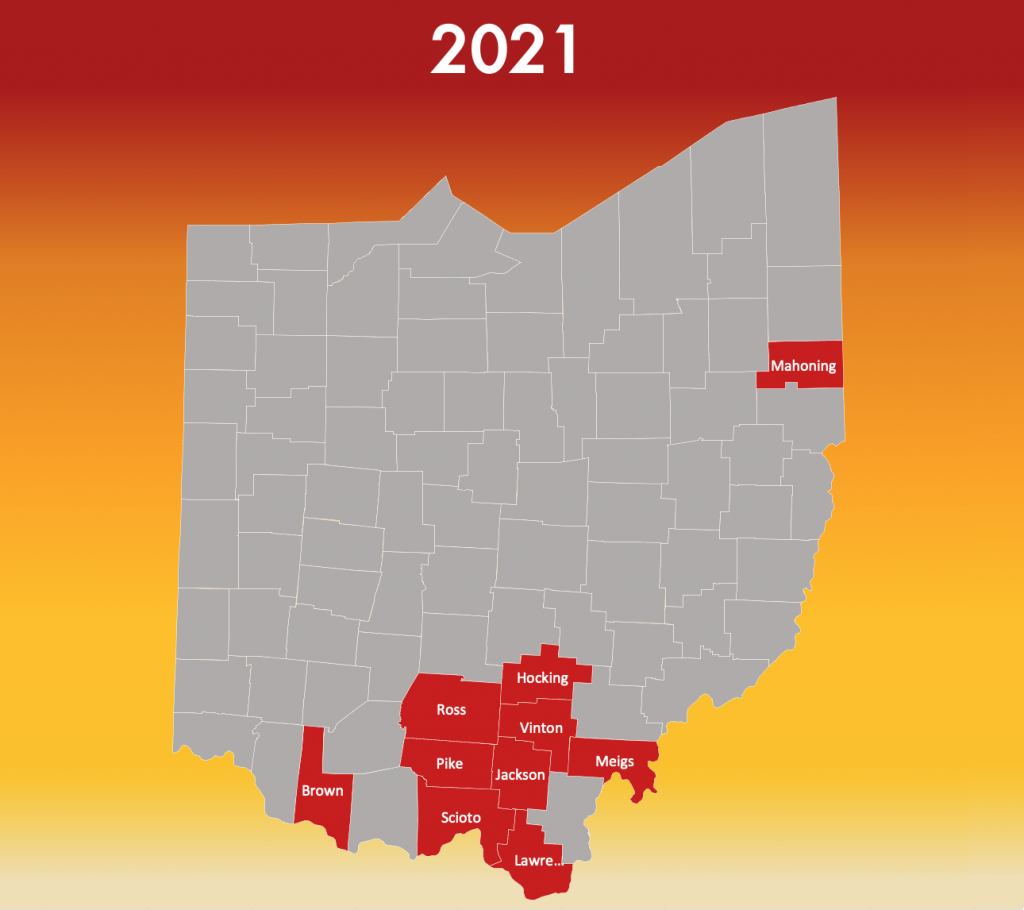 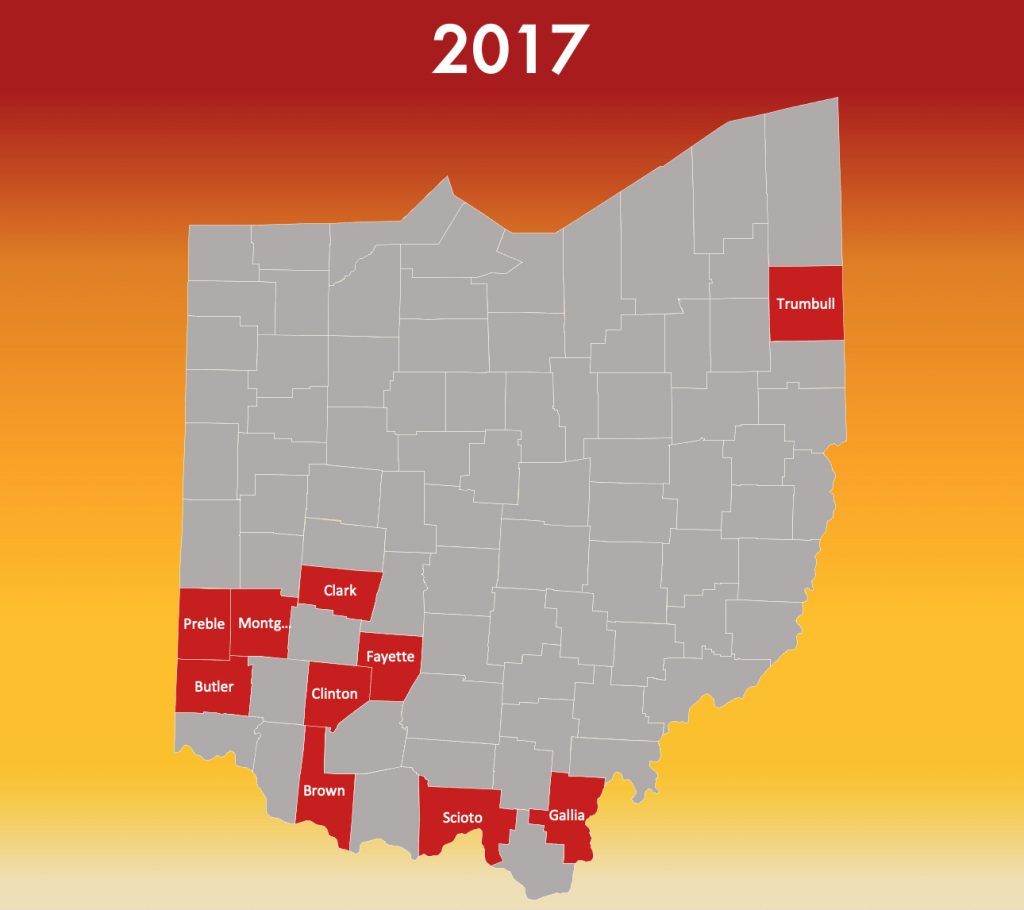