Previous overdose record of 5,017 lives lost in 2020 will be surpassed soon 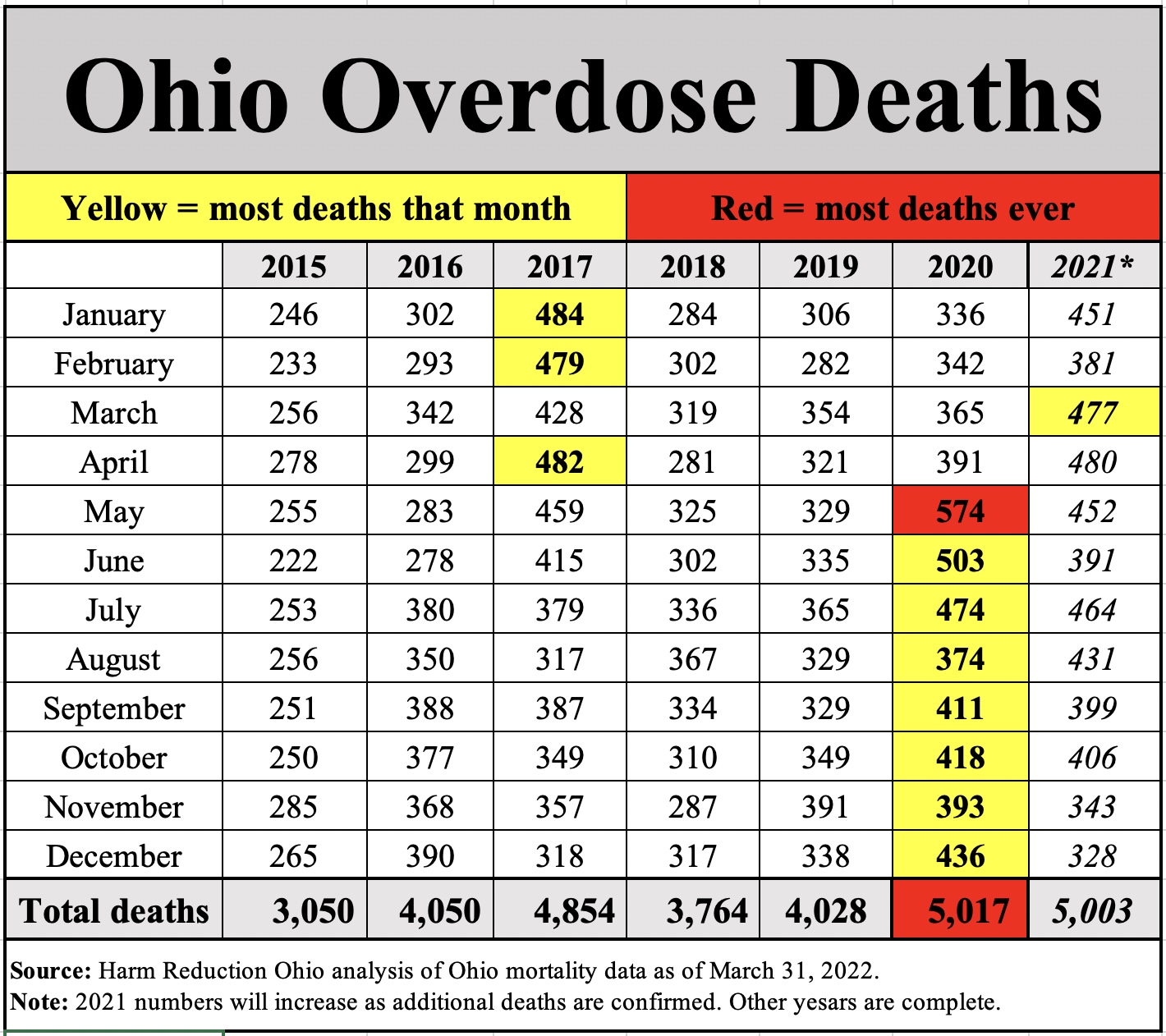 The count of confirmed overdose deaths for 2021 went above 5,000 today. Another 200 or so deaths, mostly from November and December, haven’t been added to the Ohio Department of Health mortality database. That means in the next few days the overdose death toll for last year will be confirmed as having set a record, exceeding the 5,017 overdose deaths recorded in Ohio in 2020.

Last year was a grim time for overdose death in Ohio. The number of beloved people who died from accidental overdoses didn’t hit the extreme highs and lows of 2020, the first covid year.  But death was depressingly consistent, month after month. This chart may make it look like things got a little better toward the end of the year. Let’s hope so…but, more likely, when all deaths are reported, there will have been little change from the 400 or so deaths reported in previous months.

Twenty-five counties have already confirmed a record number of overdose deaths in 2021. When all the data is in, a few more counties are likely to join that sad list.

Counties that suffered record overdoses in 2021 are: 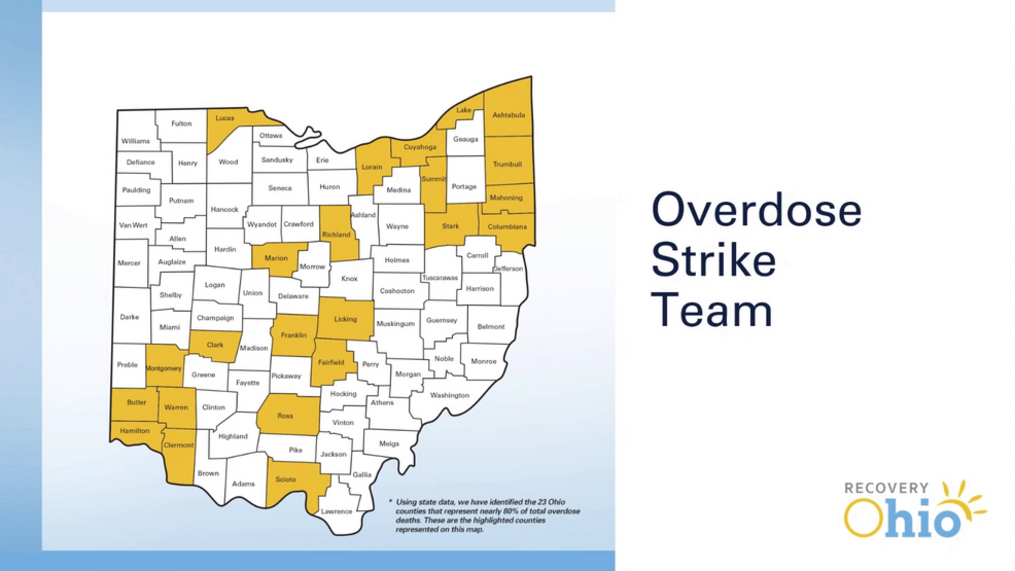 Unfortunately, RecoveryOhio is prioritizing counties based on overdose counts rather than overdose rates. The result of this methodological error is heavily populated counties are prioritized even when they have below average overdose death rates while rural counties are ignored even when suffering from the most horrific levels of overdose in Ohio (and the country).