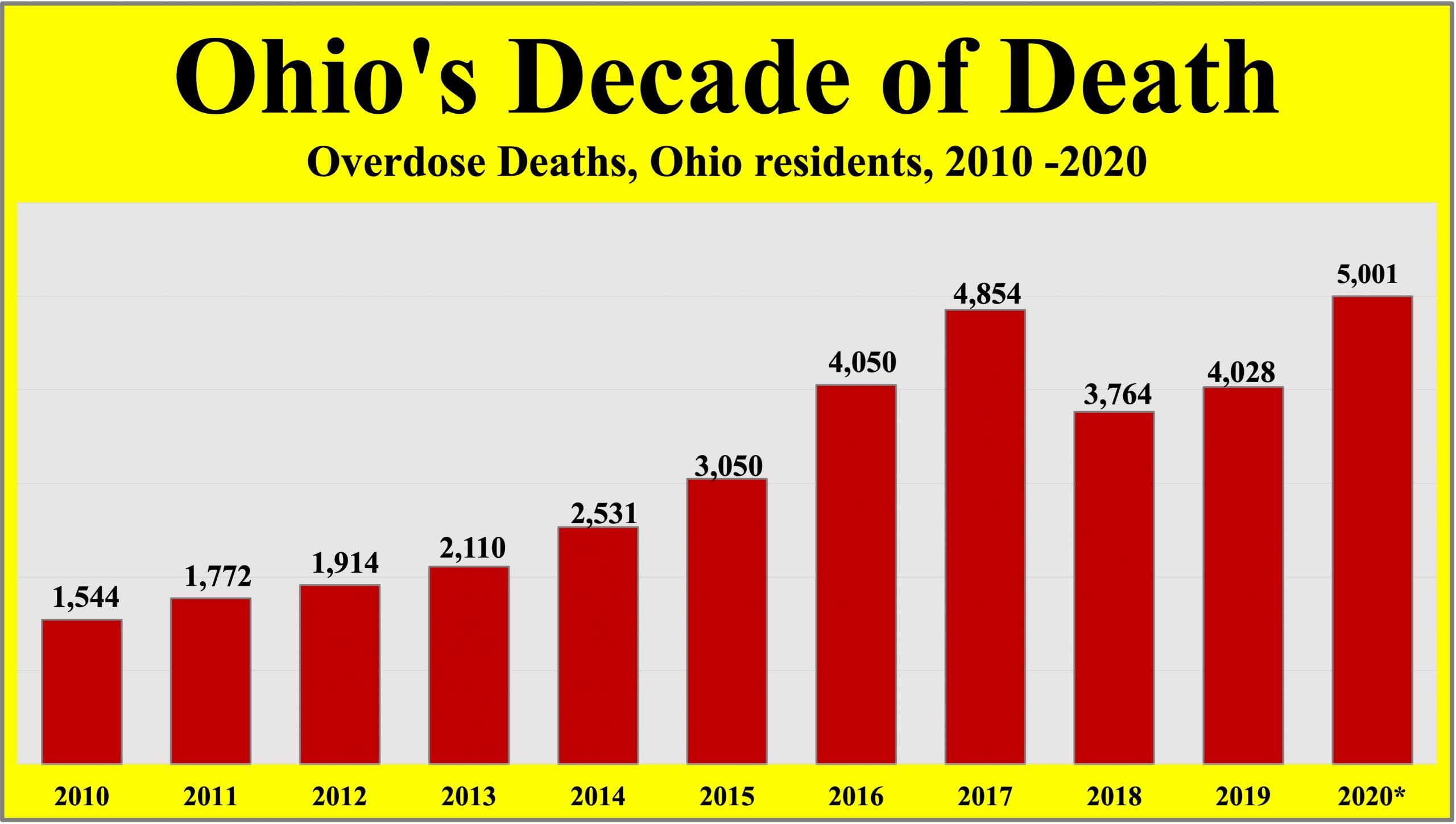 This death toll is a record for Ohio and the first time overdose deaths have exceeded 5,000 in one year. The final tally for 2020 will likely be about 5,100 when the Ohio Department of Health finalizes the mortality data for the year in September. 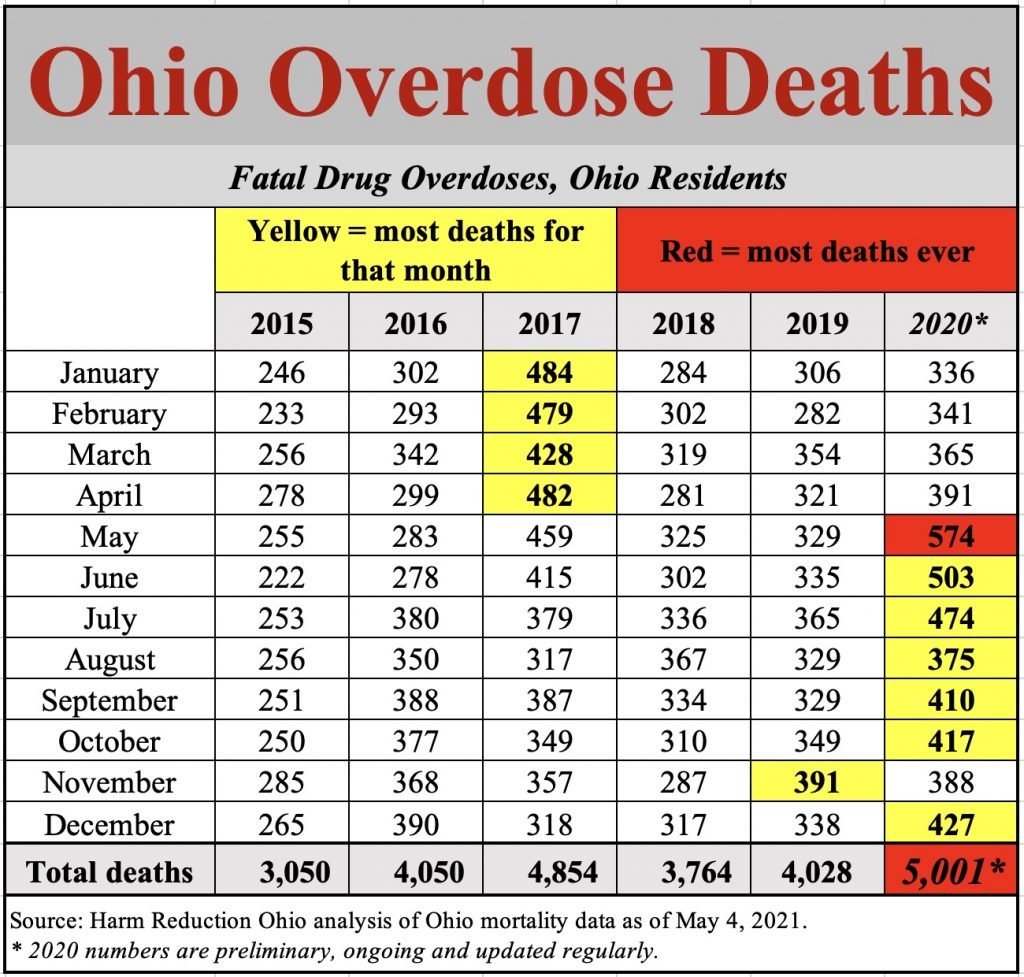 The Ohio Department of Health has already confirmed 345 overdose deaths — more than the 336 deaths that occurred in January 2020 — and many more deaths have yet to be reported.

Overall, it’s too early to say for sure how things are going in 2021, but it appears another deadly year is underway.

But Franklin County, ranked at No. 8, is where overdose death is exploding. The county, Ohio’s most populous and home of Columbus, currently has recorded 797 deaths in 2020 and will exceed 800 deaths before the death files are closed. This level of death shatters the previous record of 598 overdose deaths in Cuyahoga County in 2017 and is far above Franklin County’s previous record of 547 in 2019. 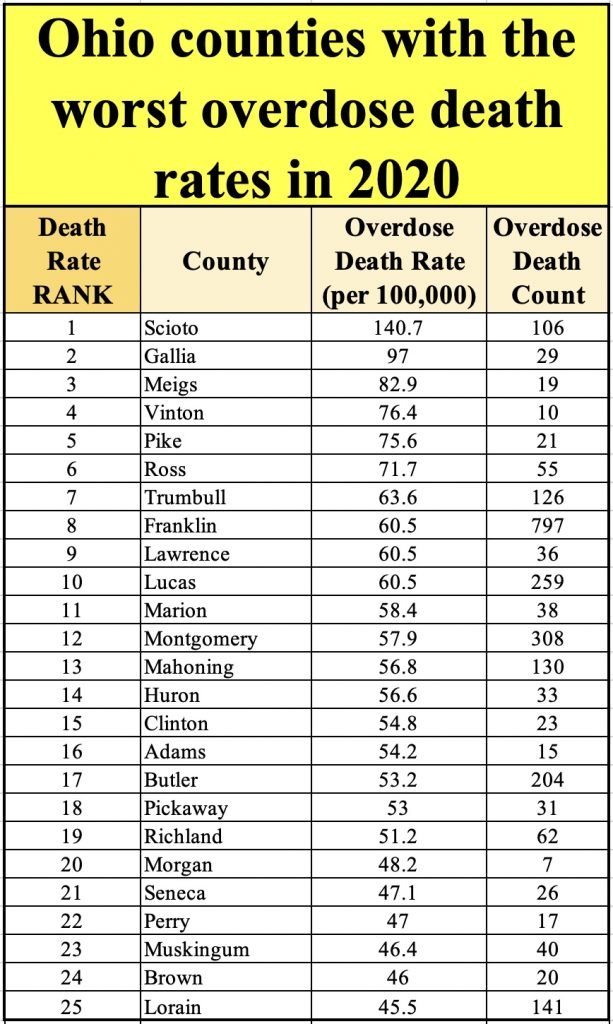