Overdose deaths appear to have fallen since the historically high levels of May, June and July, but they still remain horrifically high.

For the full year, overdose deaths in Ohio will come close to the record of 4,854 overdose deaths set in 2017. When the death toll is finalized, 2020 will be either the first or second deadliest year for overdoses in Ohio history. 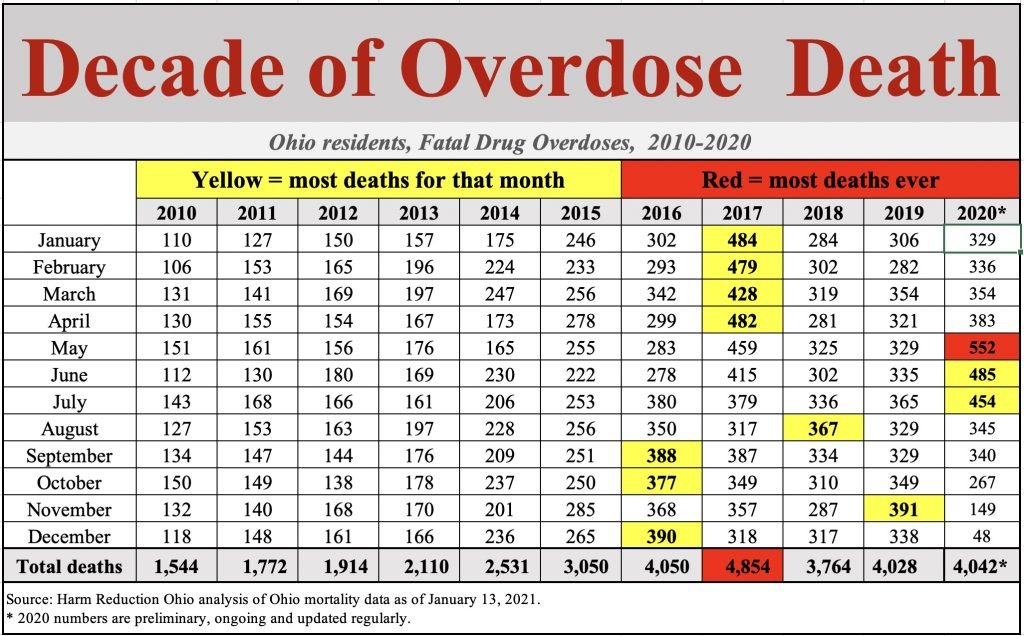 We remind readers that these numbers are preliminary. Deaths are consistently added, especially in the most recent months, as they are confirmed and coded. Don’t make the mistake of thinking there were only 48 overdose deaths in December and 149 in November.

For a recent list of Ohio counties ranked by rates of overdose death, see this story from Harm Reduction Ohio.