The state of Ohio has created a new media campaign — “OH AGAINST OD” — to promote ways to prevent overdose death.

The media campaign uses a variety of images, flyers, business cards and other material to promote harm reduction themes such as carrying naloxone (the opioid overdose reversing drug) and not using drugs alone (making reversing an overdose not possible). The campaign also emphasizes that fentanyl is often found in cocaine and meth, making those drugs far more dangerous.

The campaign was developed by the Ohio Department of Health and RecoveryOhio, which is Gov. Mike DeWine’s drug policy advisory effort. The “OH AGAINST OD” campaign has been in the works for many months and, during its development, consulted a variety of stakeholders, including asking Harm Reduction Ohio to recommend people with lived experience to comment on the campaign. (We recommended several commenters, although it’s unclear what if any role they played in developing or designing the campaign.)

The “OH AGAINST OD” campaign was designed to create a wide range of materials to be used by local health departments, mental health boards and others involved in overdose reduction. The campaign includes a template for an announcement that a local areas has had an overdose surge and sample business cards that refer people to the federal government’s toll-free line to find treatment options.

The heart of the campaign is a series of flyers that show head shots of individuals along with the campaigns repeated theme: “No drug is safe, but if you’re using:”

Harm Reduction Ohio posted most of the materials for the “OH AGAINST OD” campaign on its Facebook page here and here. The campaign received 50+ positive reactions (Likes and Hearts) as well as a large number of comments, mostly negative.

The flyer says “call 911,” but until drug policies change, no one is going to want to do that and risk being charged. The laws need changed, and until they are people are going to keep dying. Being an addict is NOT a criminal act.

It sucks. It’s shameful. It’s a disgrace to minorities. I can keep going if you like.

Looks racist, generalizing of drug use without any way to actually help. Having POC on advertising saying to call 911 makes me cringe.

However, in a comment, harm reduction supporter Amanda Archer of the Canton Public Health defended the campaign’s content as a step in the right direction:

There’s a lot of insight in the comments that is great, and I’m always learning. I wanted to share my insight from a local health perspective who has been in the harm reduction movement for over a decade (first with a Coroner’s Office, then with public health). Having a harm reduction campaign created by, funded by, disseminated by and embraced by a State agency that doesn’t simply say ‘Don’t do drugs’ and is advocating for people who do drugs to stay safe is a HUGE push forward for a government agency. This is substantial progress toward understanding and advocating for the value of harm reduction.
Faith Kelleher of Toledo also commented favorably:
I appreciate that the message is not lecturing not to use instead of just giving suggestions on how to use safer.

What do you think?

Tell us in the comments here or on Facebook here.

All the10 human images used the campaign follow. They are presented in the order they are listed in the state’s media package. Underneath these images are several other pieces of content, including a template to announce a local overdose surge. 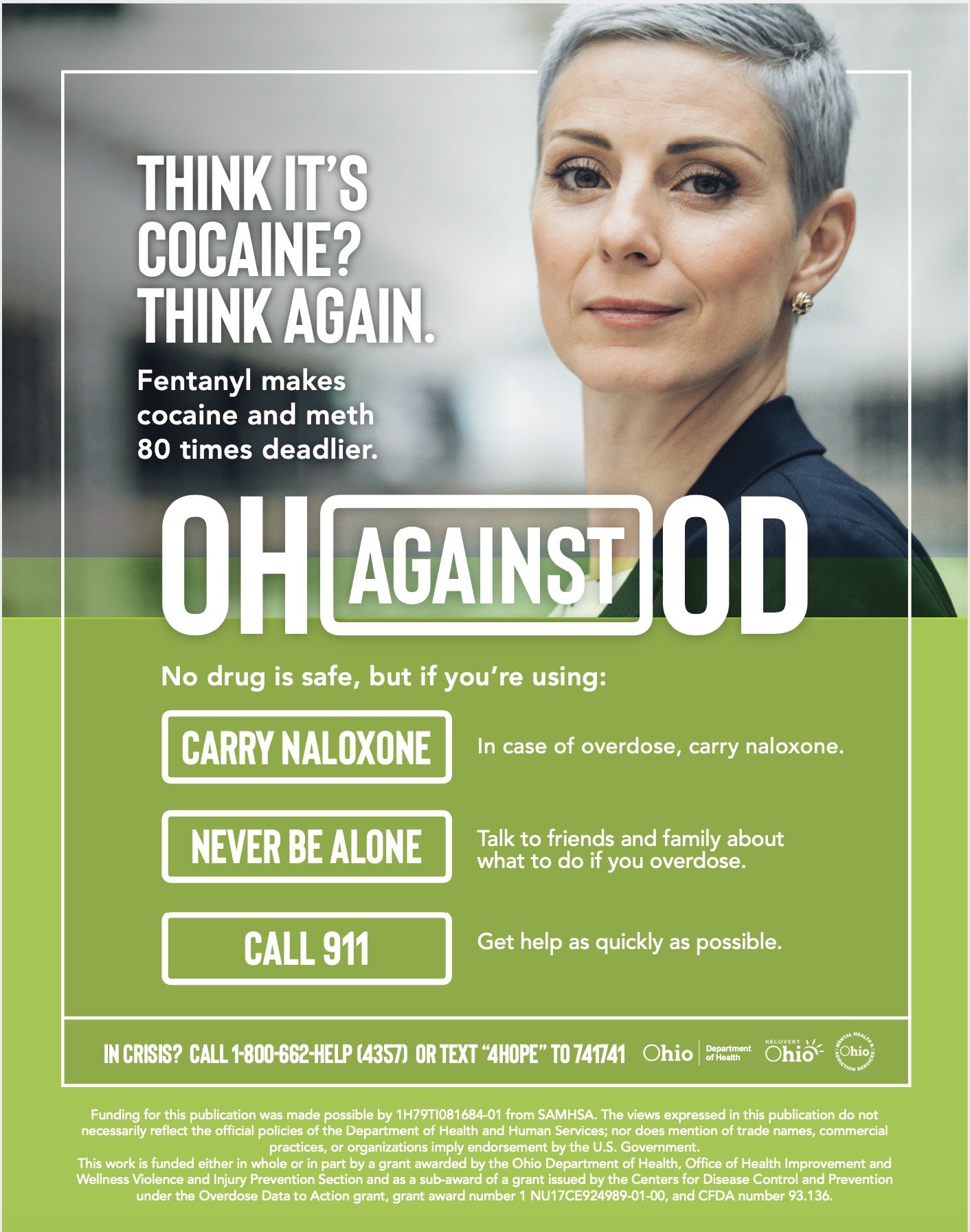 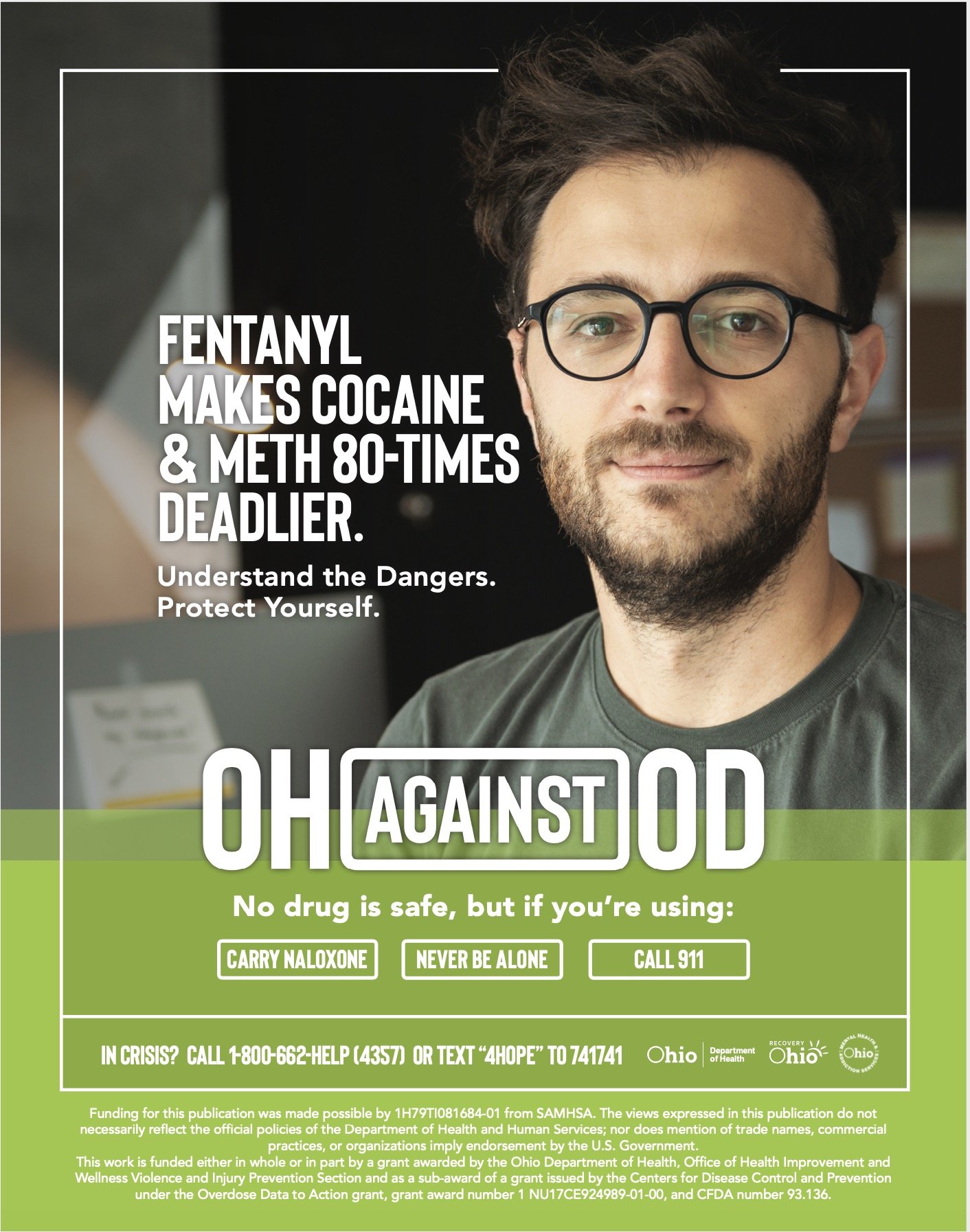 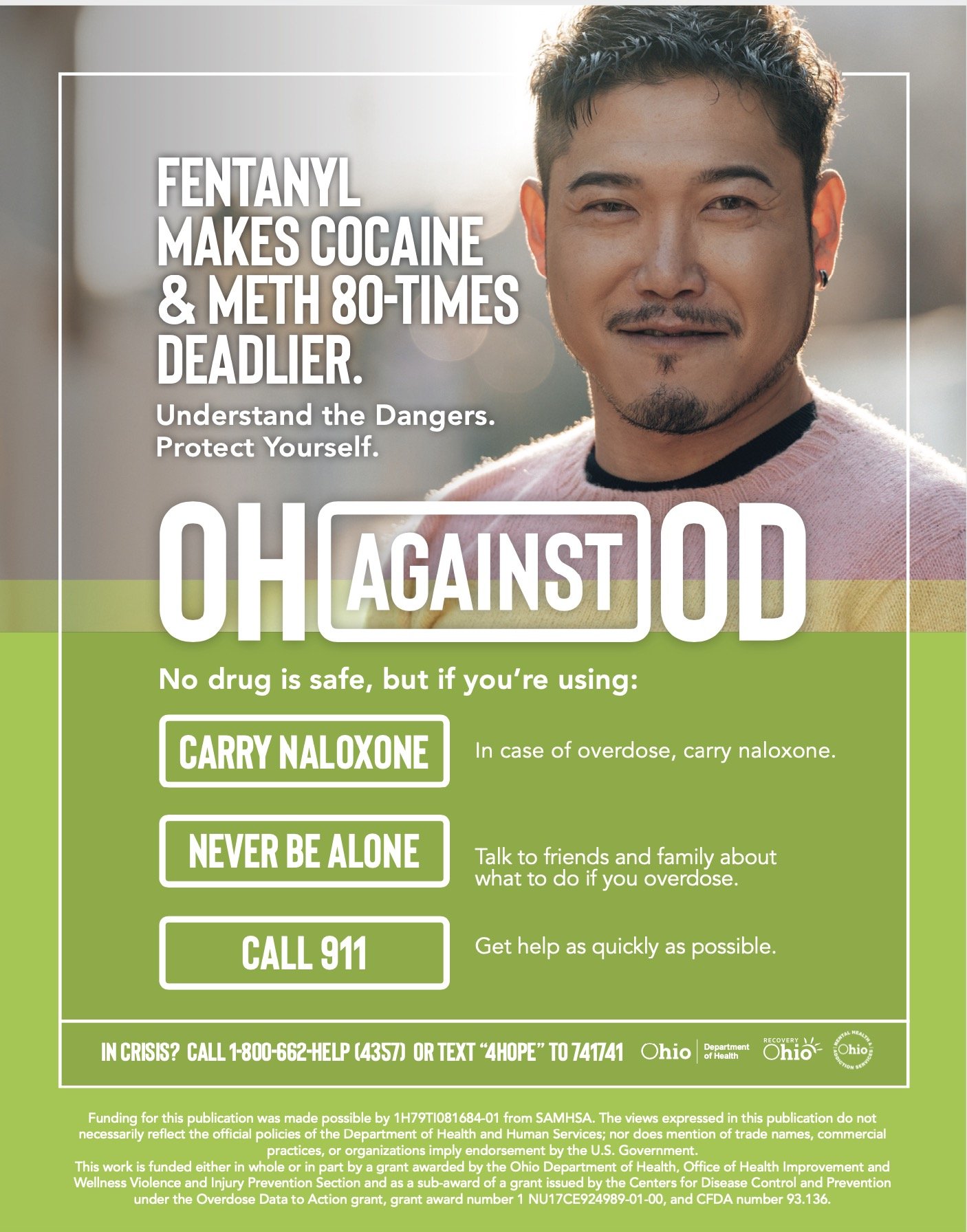 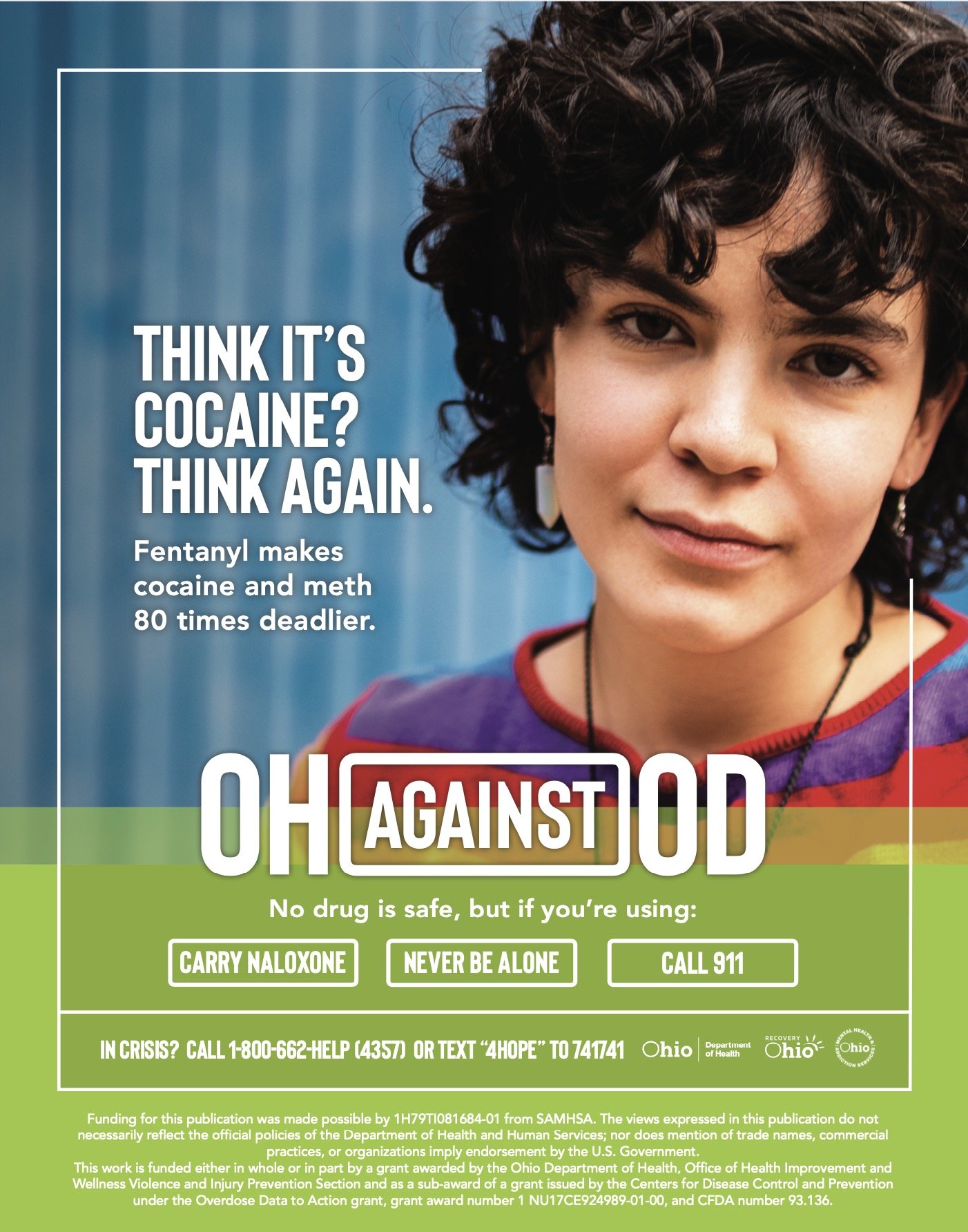 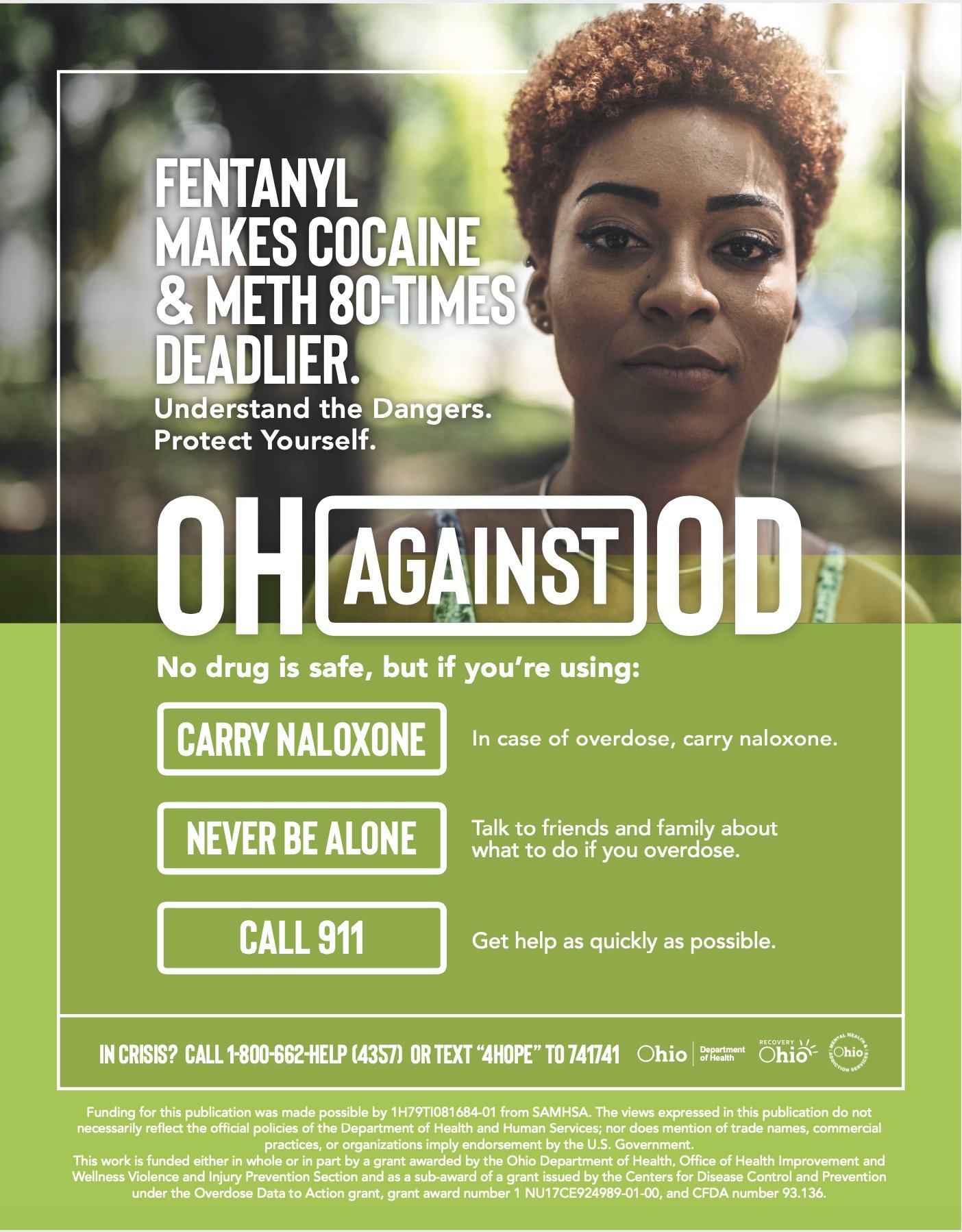 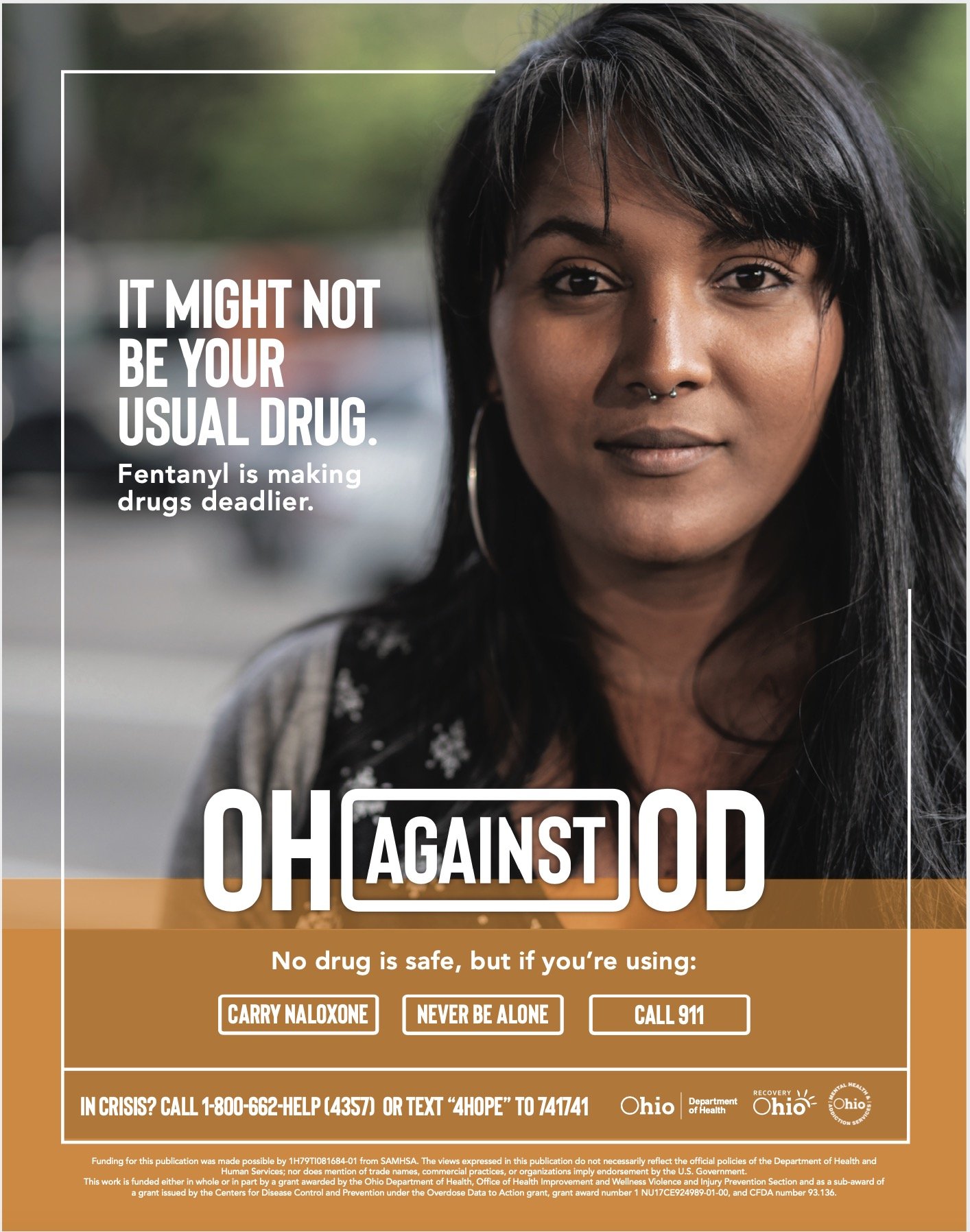 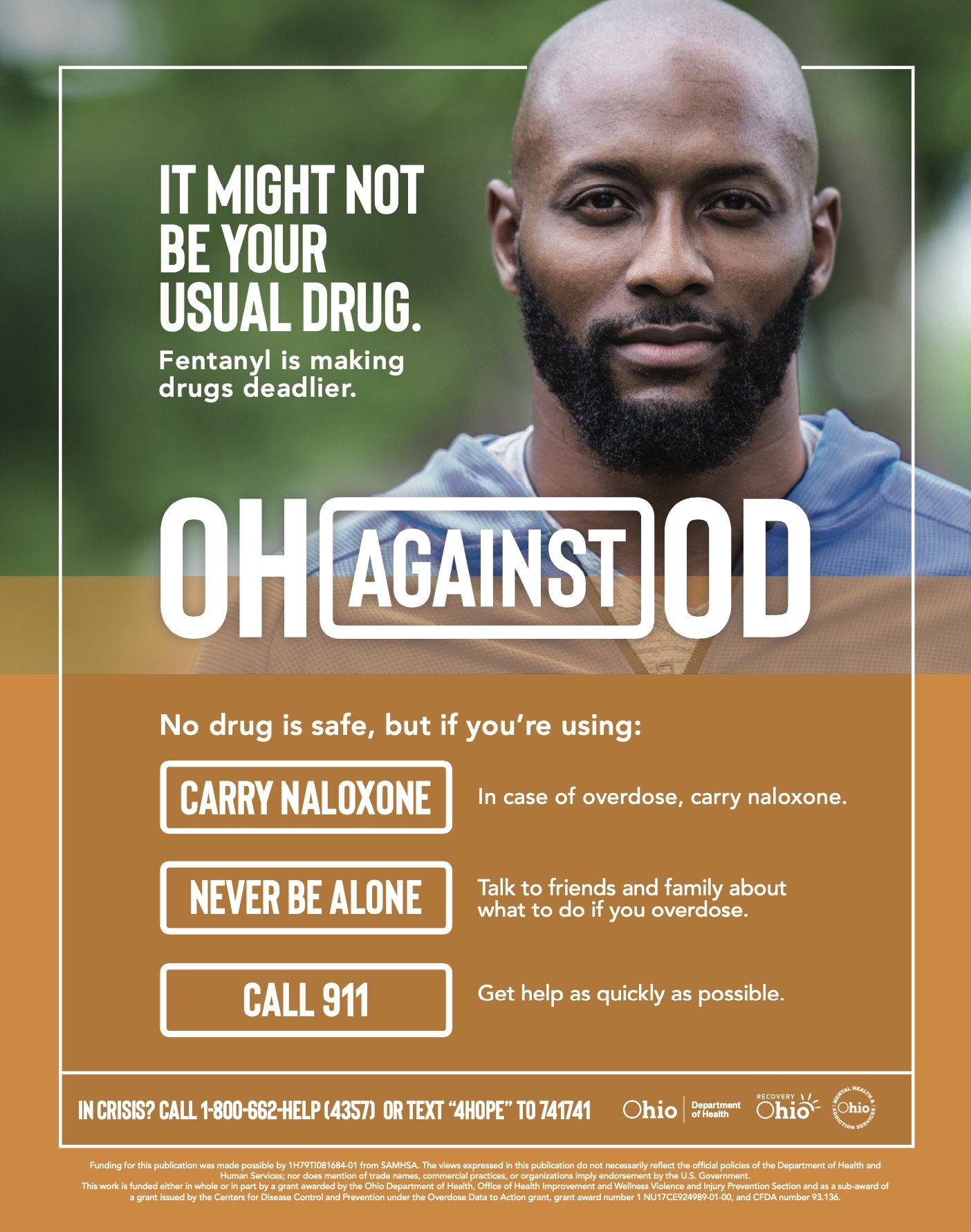 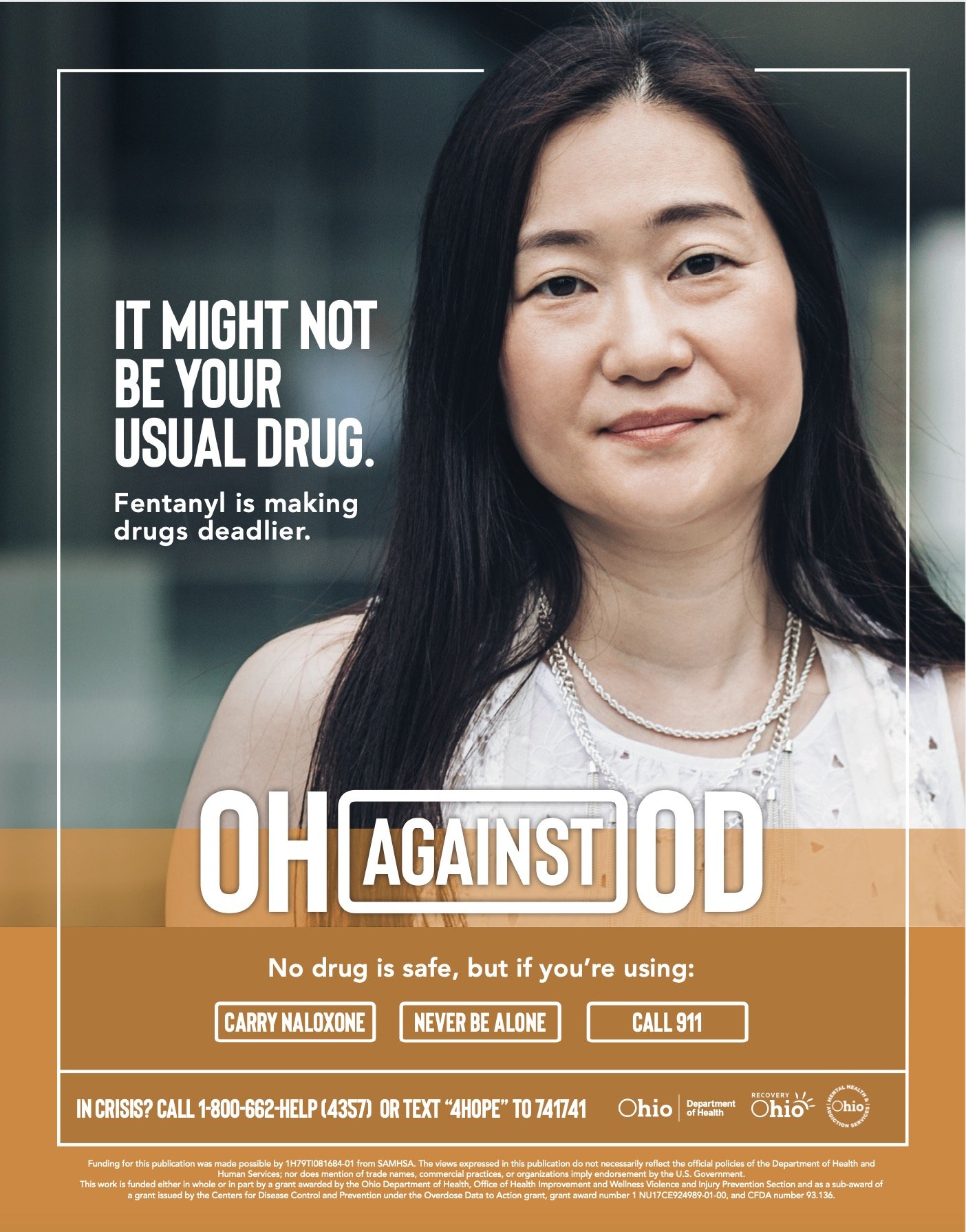 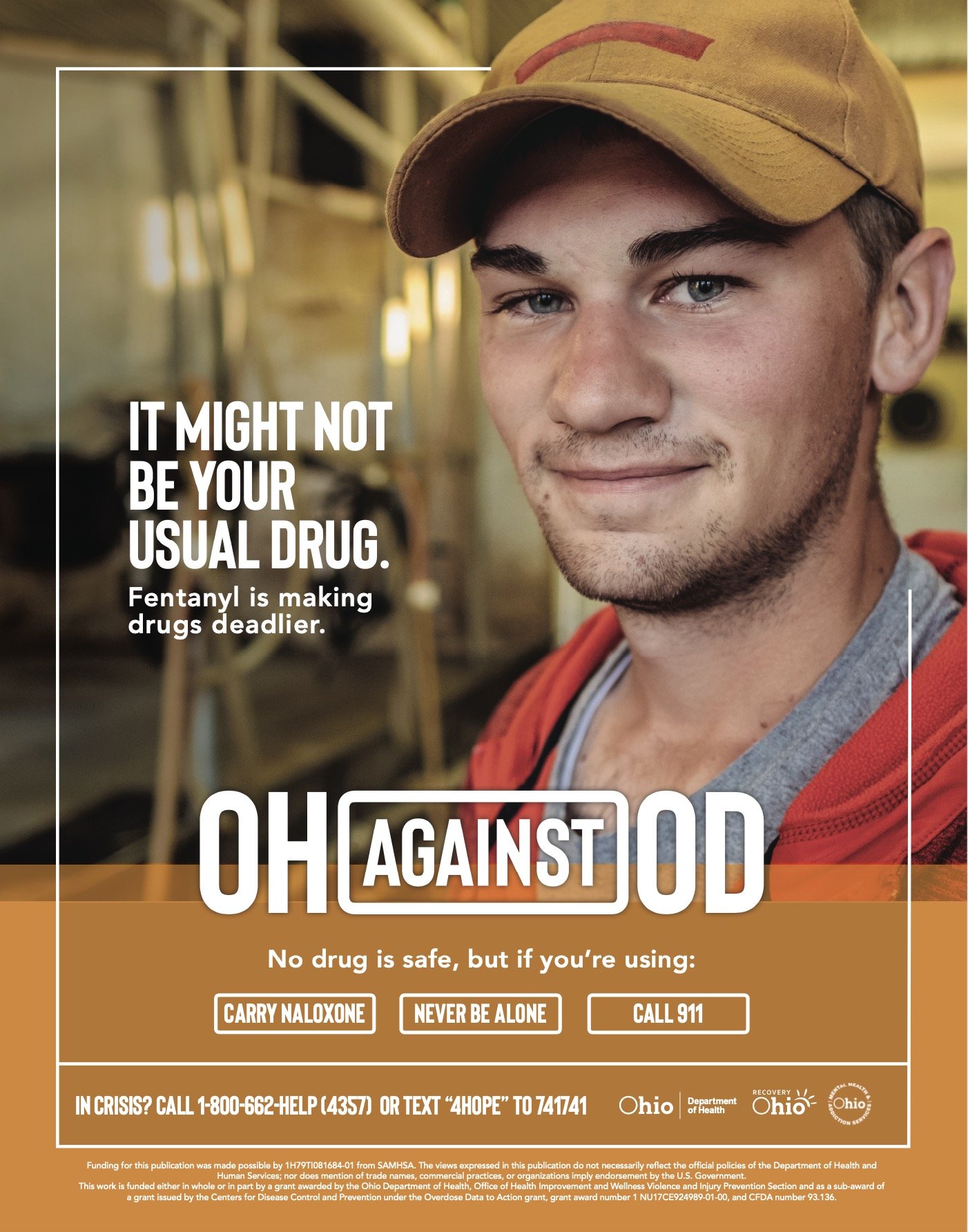 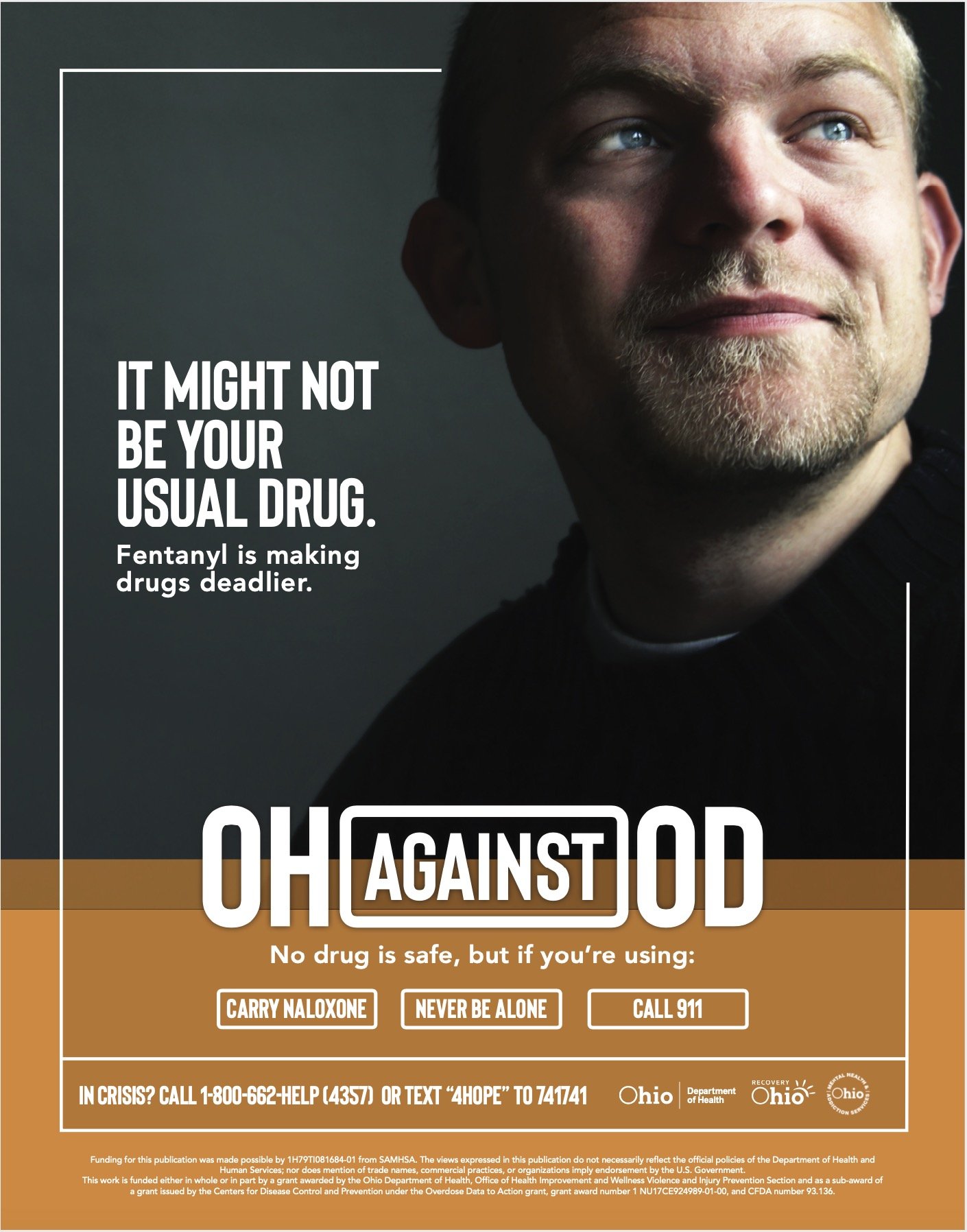 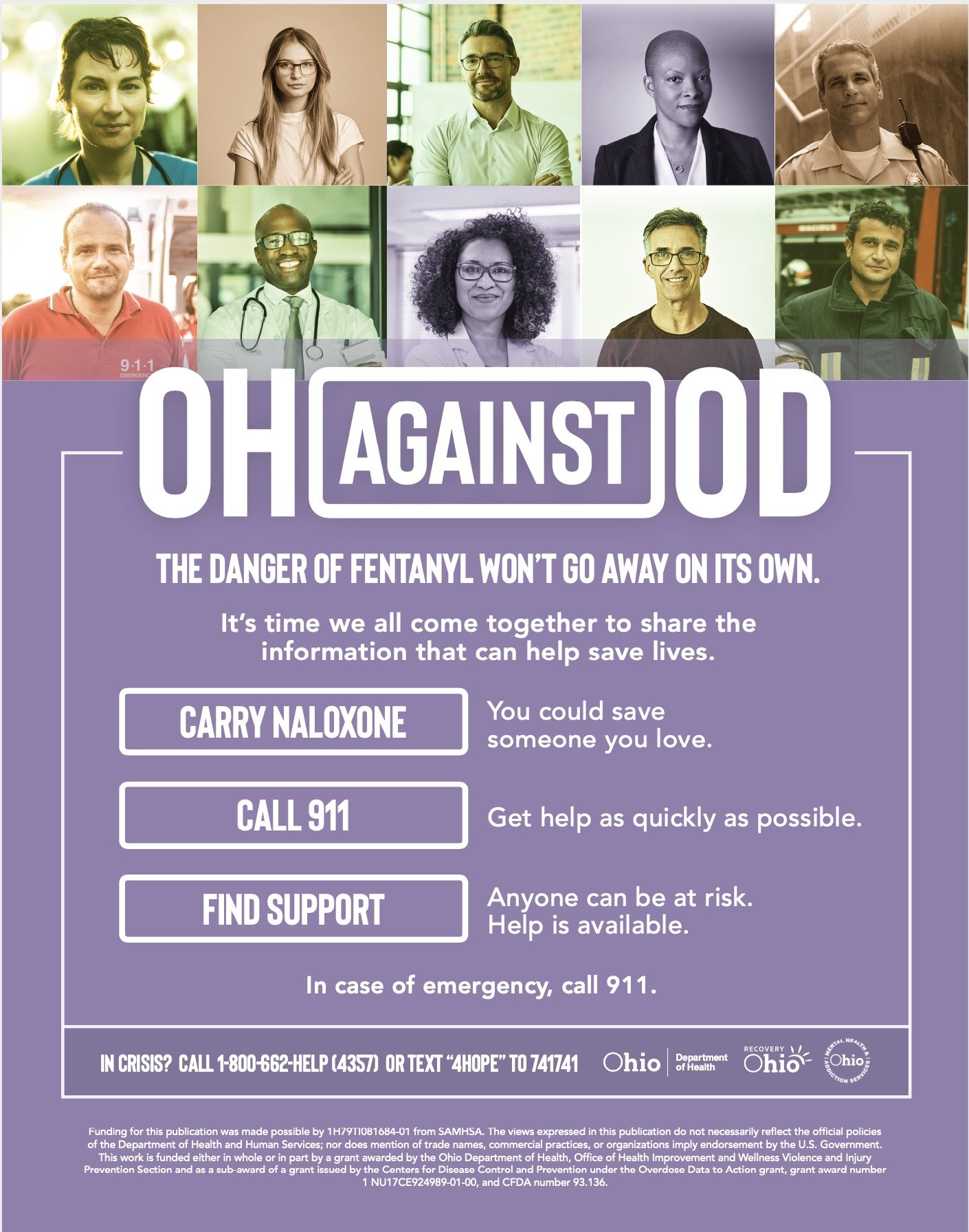 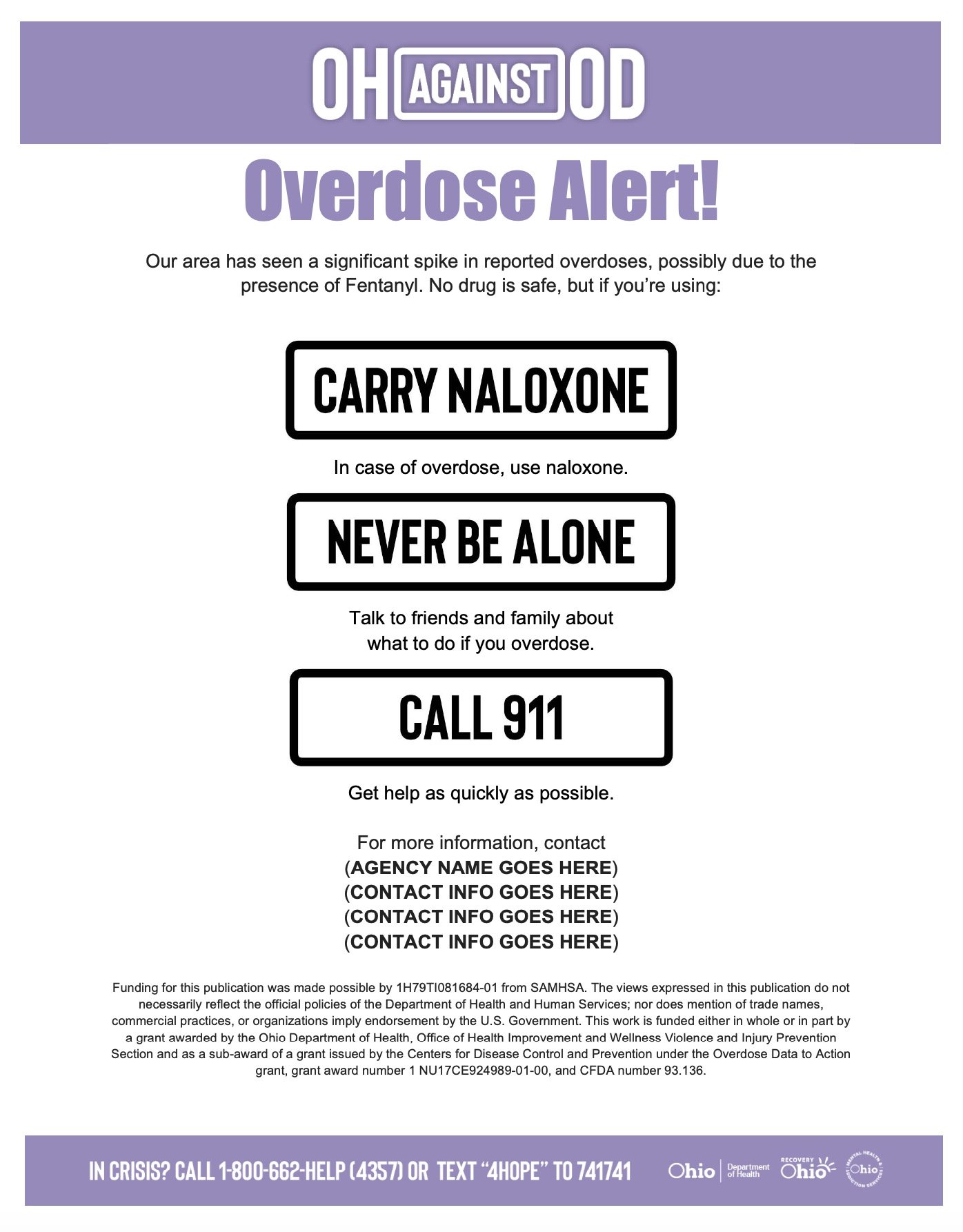 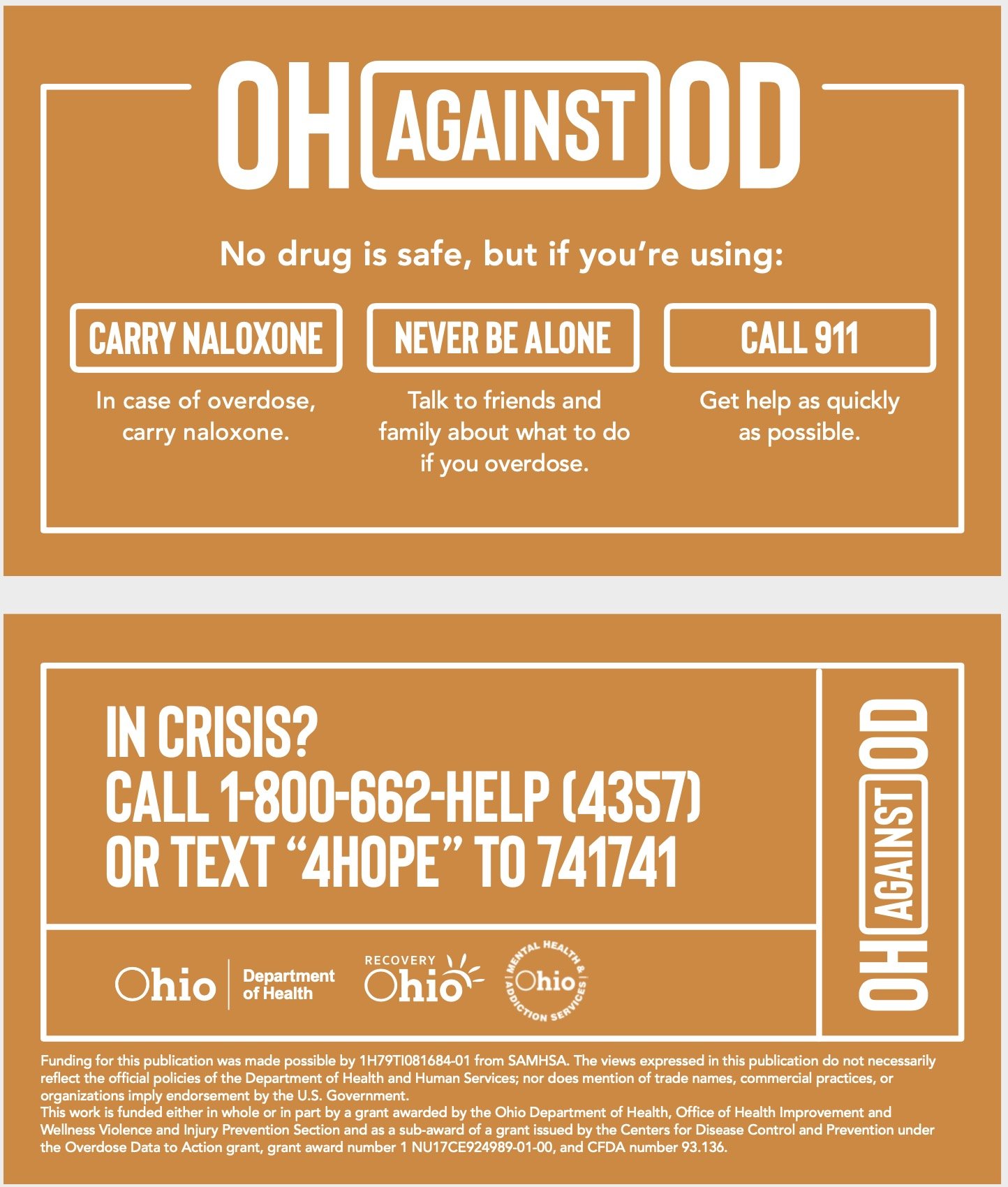