Four of every five overdose deaths are related to fentanyl

See fentanyl’s role in death for each drug 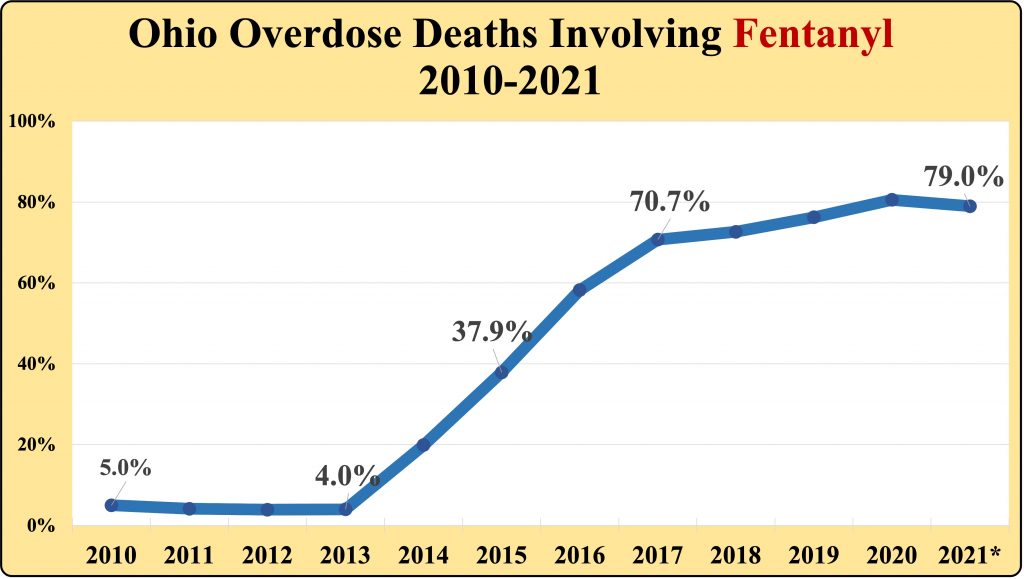 Fentanyl and its analogs now pervade Ohio’s drug supply. Only marijuana is safe from fentanyl.

These charts show how fentanyl has spread through Ohio’s drug supply since 2014. Overall, 4,041 of the 5,017 accidental overdose deaths in Ohio in 2020 were related to fentanyl or a fentanyl analog.

What this means for you

Everyone who uses drugs (other than marijuana) should carry naloxone for themselves and others. You can order naloxone (Narcan nasal spray) from us for free here. The Narcan is provided courtesy of Ohio Department of Health’s Project DAWN program.

You should also consider using fentanyl test strips. Test strips are especially valuable for cocaine and meth. About 11% of cocaine in Ohio has fentanyl in it. About 5% of meth has fentanyl in it. These estimates come from Harm Reduction Ohio’s quarterly analysis of drug seizure data tested by the state’s Bureau of Criminal Investigation lans.

The following charts show the history of fentanyl’s increasing devastation among people who use drugs in Ohio. The numbers are from the Ohio Department of Health’s mortality data as of October 6, 2021. 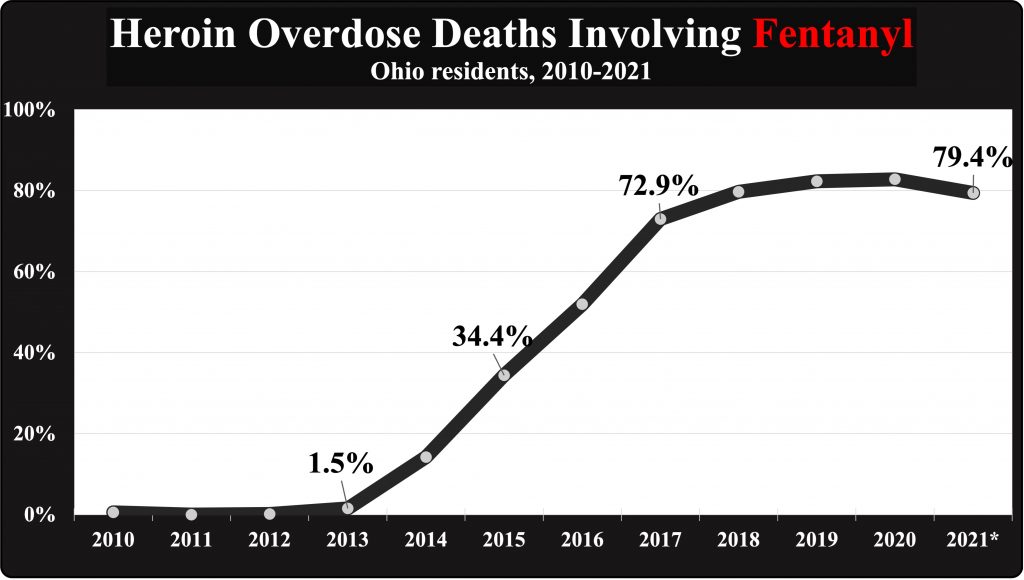 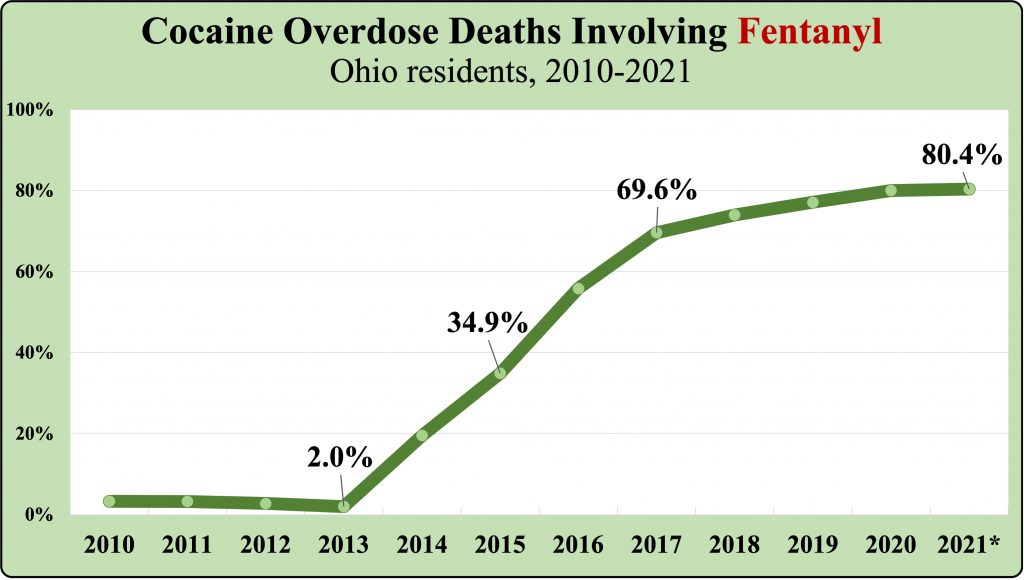 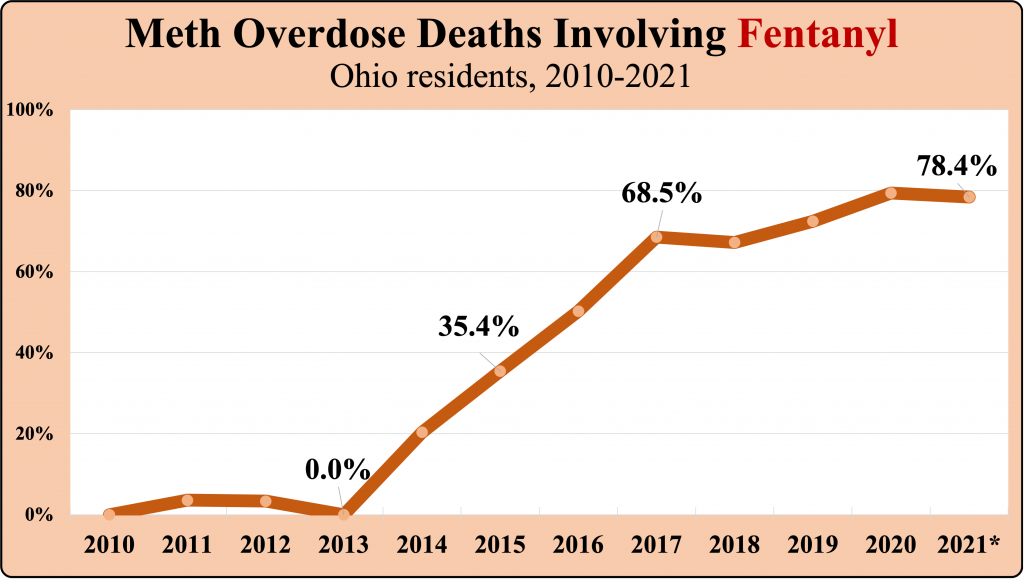 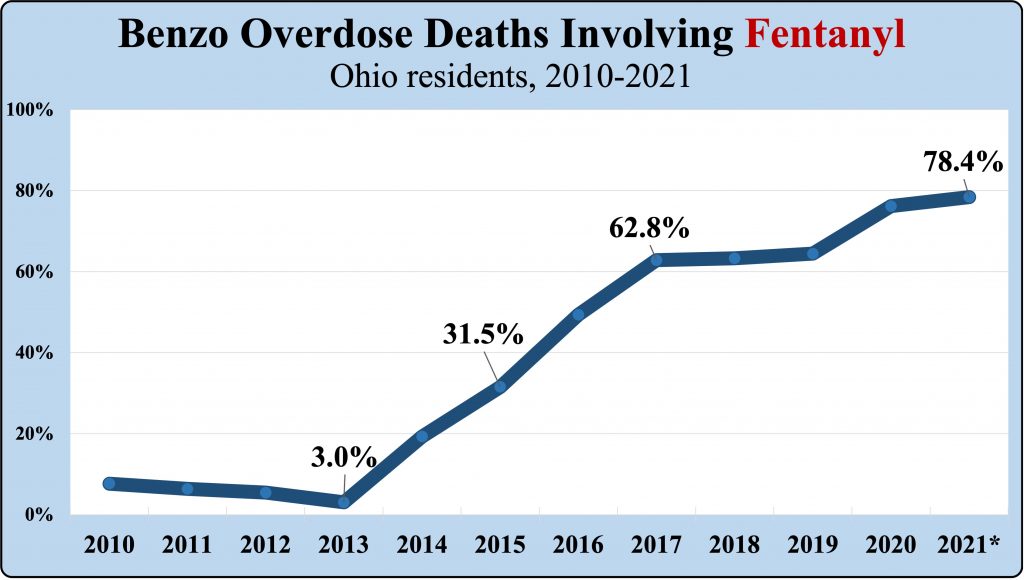