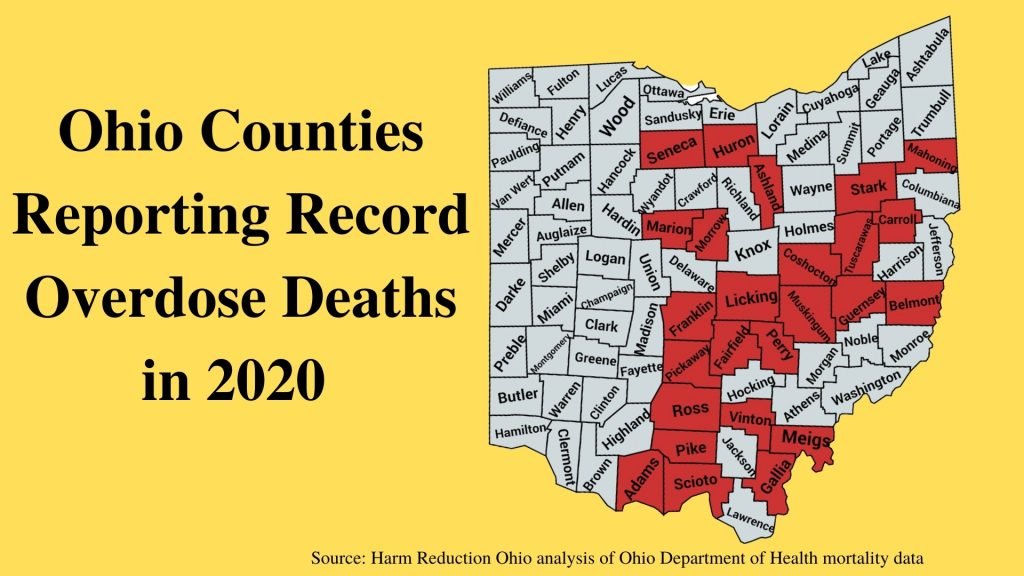 Twenty five of Ohio’s 88 counties have already reported record overdose deaths in 2020. A few more counties will join this unfortunate list by the time Ohio’s 2020 death data is completed this summer. Among 2020’s sad news:
In total, Ohio is on track to record about the same number of overdose deaths in 2020 as it did in the previous record year of 2017. The big difference is deaths among Black Ohioans is way up while deaths among white Ohioans is down slightly. Also, deaths are way up among cocaine and meth users and down among heroin users (and probably opioid users as a group).

Source: Harm Reduction Ohio analysis of Ohio Department of Health mortality data as of January 28, 2021. Final death rates will be slightly higher because about 10% of 2020 deaths have yet to be recorded.