Where does your county rank?

Ohio’s most affluent county has the lowest overdose death rate.

What county was worst?

The following list ranks Ohio counties by overdose death rates in 2019 and so far in 2020.

Overdose deaths are soaring in Ohio, and this list will give you a perspective on how where things are worse.

The rates were taken from the Ohio Department of Health (ODH) mortality data base on September 22, 2020. The death rates were calculated by the ODH database and consider the number of overdose deaths reported so far in the mortality and the size of each county’s population.

The deadliest place in Ohio is Scioto County, a sad label the county has claimed since 2018. Scioto is a southern county located on the Ohio River and whose biggest city is Portsmouth.

The lowest death rate in 2019-2020 has been in Delaware County, a Columbus suburb and the state’s most affluent county. 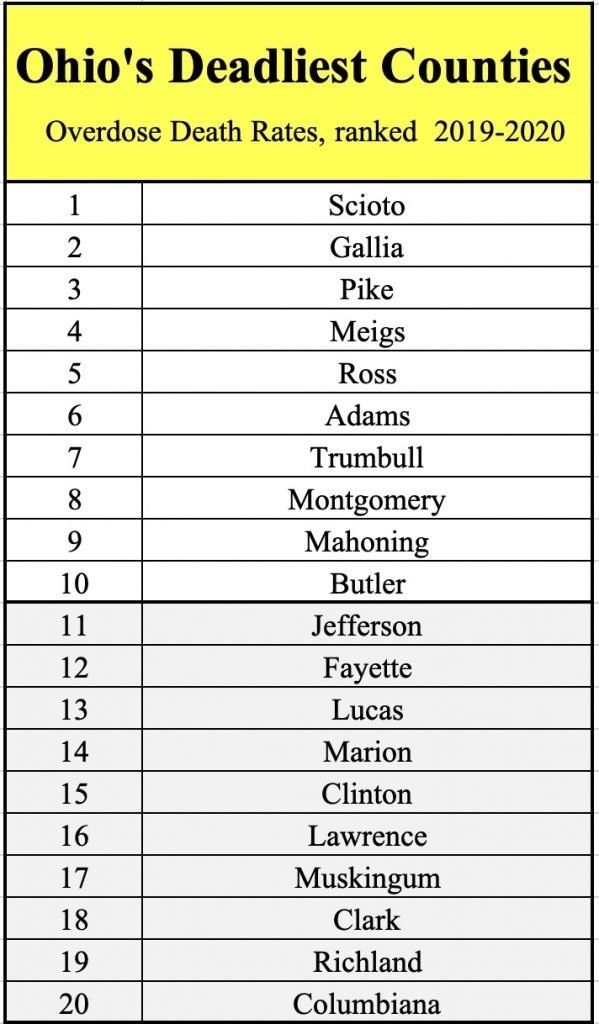 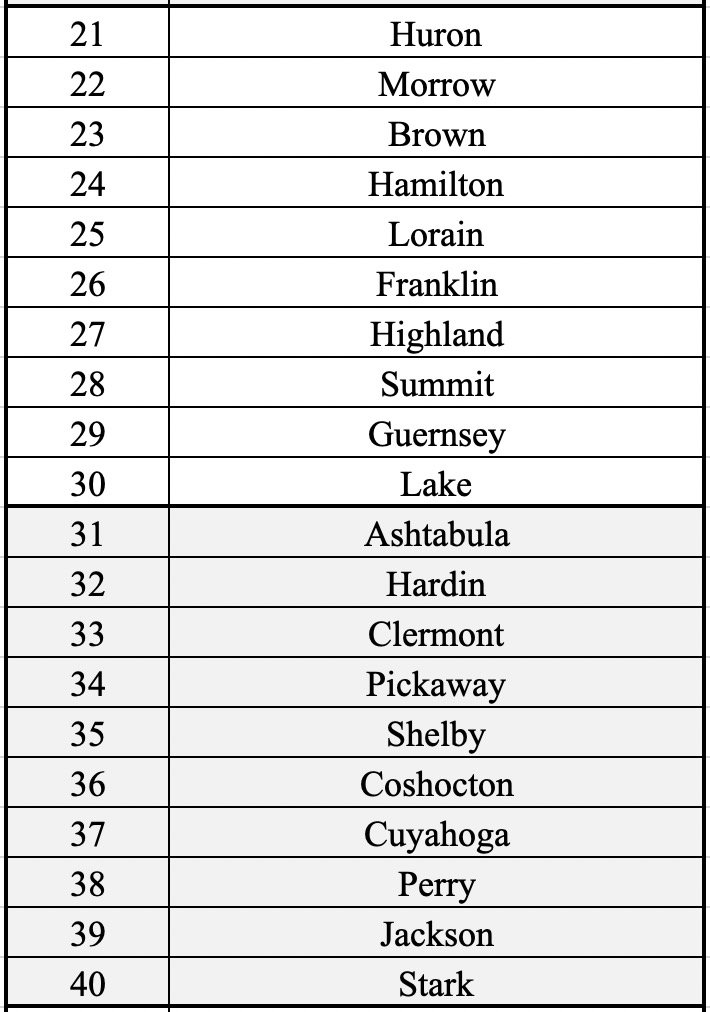 Note: Ohio has 88 counties. Overdose death rates are available for 70 of those. The Ohio Department of Health does not compute overdose deaths rates for rural counties with fewer than 10 overdose deaths.